How COVID-19 Affects Your Mental Health

With over 500 COVID-19 related casualties in Orleans Parish alone, it's no surprise that the effects of the virus reach beyond the physical. As our community struggles with the loss of loved ones, their jobs, as well as the psychological costs of the stay-at-home order, it is clear that in the aftermath of the coronavirus, mental health consequences are extremely prevalent.

"It is difficult, then, for communities to come together and support each other. Although we can emotionally come together, there is something to be said about physically coming together," said Dr. Maureen Lichtveld, the chair of the Department of Global Environmental Health Sciences at Tulane University's School of Public Health and Tropical Medicine.

"It's not only the infectious disease, but, really, it is our entire health—both the physical health and the emotional health—that is impacted by this pandemic," said Dr. Lichtveld. "Regardless of how you look at things, we carry in New Orleans—and particularly our vulnerable population—a disproportionate burden."

The WHO issued a report concerning the psychological effects of the virus, saying, "In public mental health terms, the main psychological impact to date is elevated rates of stress or anxiety." They went on to say that "as new measures and impacts are introduced—especially quarantine and its effects on many people's usual activities, routines or livelihoods—levels of loneliness, depression, harmful alcohol and drug use, and self-harm or suicidal behavior are also expected to rise."

"We see the pressure on everybody, but we particularly see the pressure on those who are already most vulnerable," said Dr. Lichtveld, referencing the trauma endured by New Orleanians in the wake of Hurricane Katrina and the lasting mental health effects of the catastrophe. "The psychosocial effects, particularly for people in New Orleans who have experienced a previous disaster, are significant because they already start with an existing burden."

Dr. Denise Shervington, President of The Institute of Women and Ethnic Studies in New Orleans and Chair of Psychiatry at Charles R. Drew University in California, echoed this sentiment and said, regarding Katrina survivors, "For some people, it has reawakened their trauma that has not been healed from that experience."

"People did not receive adequate or competent levels of care post-Katrina, and we saw heightened levels of trauma-based disorders. I think we're going to see the same thing again," said Dr. Shervington.

Dr. Lichtveld spoke about the significance of the psychosocial effects of COVID-19, as well as the New Orleans communities, such as marginalized groups and children, that are most vulnerable to them. She emphasized the necessity of the state-wide stay-at-home order, while outlining some of the major effects of mandated seclusion.

The worrisome effects denoted by Dr. Lichtveld include a strain on mental health due to instances of job loss, lack of paid sick leave, and emotional abuse within households. Additionally, she referenced increases in incidents of domestic violence across the U.S. and decreases in reports of child abuse, not because such instances have been reduced, but rather because children have been separated from mandatory reporters.

"All emotions have been heightened because we have an invisible threat," said Dr. Shervington, speaking to the feelings of communities particularly affected by COVID-19. "It has certainly activated people's anxiety and their fears," since people have been worrying over the well-being of loved ones and themselves.

Communities of color and the city's most economically vulnerable populations have felt the burden of COVID-19 amplified, not only because they have been disproportionately affected by the virus itself, but because too often there are socioeconomic barriers to sufficient health care and mental health resources.

Free available mental health services in the city include a virtual support group put on by the Institute of Women and Ethnic Studies and the Metropolitan Human Services District led by Dr. Shervington, called #GetYaMindRight. Check their websites for more information regarding registration and availability.

This Thursday, October 29, is National Cat Day. And even if you're not the type to do a little something special for kitty just be-claws, now is the purrfect excuse to treat your beloved fur-babies to a new toy or a wet food cake, or to... 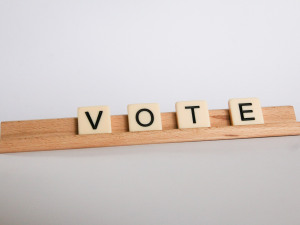 On the Ballots: Louisiana Citizens to Vote on the Legalization of Sports Betting

The Issue With the election coming up, the discussion of what's on the ballot for this year is a hot topic. This election, Louisiana is voting on whether to legalize sports wagering, a type of gambling that allows people to place bets on games and matches. Earlier this year, Senator Cameron Henry (R-Metairie) authored Act 215, which authorized parishes to vote on whether they would like to... 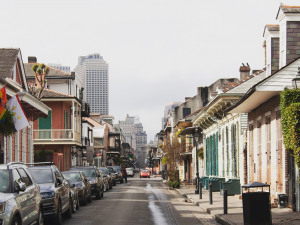 Tourism in Future New Orleans: What’s Next for the French Quarter?

Writing an article a month before it will be published is difficult in an ordinary time; however, this year, we all know, is not ordinary. As of now, the pandemic is still raging in the media as the city's COVID-19 infection and death numbers thankfully drop. Who knows how the city and the country will be different as the summer heat gets put to sleep by our enthusiasm for dark liquor and hot gumbo? One thing is for sure: The times, they are...