Have a Great New Orleans Weekend- All for Under $50

"Hello sir. I would like 200 oysters, and I will be here eating them all weekend."

If you really love oysters, take your $50 and head straight to Blind Pelican for some 25-cent oysters to last you all weekend. However, most of us prefer our weekends to have a little more variety and a little less shellfish. A weekend in New Orleans can get pretty expensive with all of the delicious food, drinks, tickets to events, etc, but you can have a jam-packed weekend without skimping on anything, all for under $50!

It's 5:00, it's been a rough work week, and you're ready to start your cheap New Orleans weekend. Start it off right with a drive thru daiquiri and sip it while watching the sunset over boats on the Mississipi, either downtown at Woldenberg Park or Uptown at The Fly. Once it gets dark and your stomach starts rumblin', make your way to Felipe's (located Uptown, Downtown, and MidCity) for a couple of tacos to tide you over. You're not looking for anything flashy tonight, maybe just a dive bar. If Uptown, wander over to Snake n' Jakes and a couple cans of $2 Schlitz is all you need. Downtown? Head to Coop's Place for a $5 well drink (cheap liquor added to a mixer of your choice). Or, if you're feeling fancy, go for a call drink for 50 cents more (name brand liquor added to the mixer of your choice.) I promise, the extra few cents won't break your budget, but also, let's stop pretending that we can tell the difference between cheap liquor and the name brand stuff. 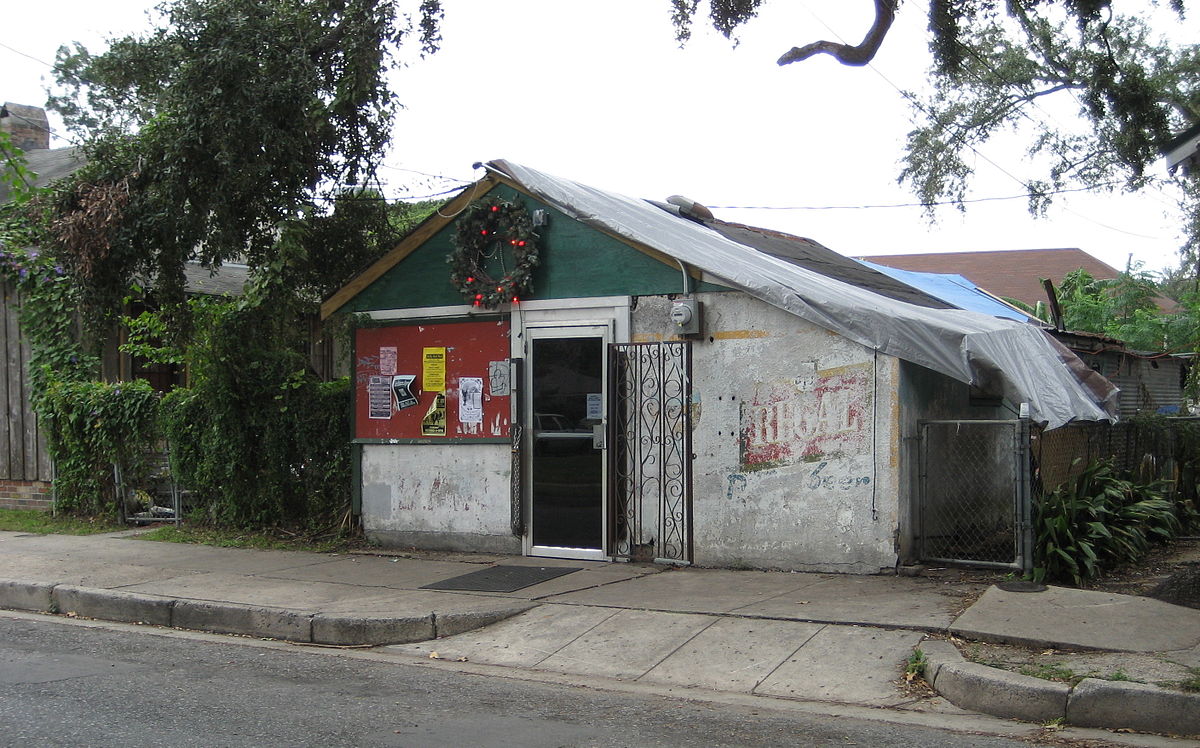 It's the first full day of the weekend, and you're ready to do something exciting! Sleep in all you want, but try not to sleep past 2:00 p.m. so you can make it to Erin Rose on Conti for their "Wake up and Live!" special. After enjoying your mimosa or screwdriver, stroll on over to the New Orleans Pharmacy Museum for a history lesson on weird medical practices and voodoo remedies. When you're all voodoo'd out, make your way to the Bywater and grab a slice of Pizza Delicious to munch on while walking around the funky neighborhood and Crescent Park. Lucky for you, right across from Pizza Delicious is Piety Street Snoballs, known for their one-of-a-kind natural flavors. Take the chance to try something new outside of your go-to black cherry or blue raspberry. Vietnamese coffee and lemon basil are a couple favorites that won't dissapoint.

By the time the sun goes down, you're perfectly content, full of pizza and snoball, and looking for an exciting way to spend your night without spending the rest of your money. If it's between April an June or September and November, you, my friend, are in luck. Why? This is New Orleans' peak wedding season! There are over 7000 weddings in our city every year, and chances are, a few are going on right now. I've seen up to six weddings in one night while walking through The Quarter. What does this mean for you? Wedding crashing, of course! Take this as a fun opportunity to meet some new people, hang at the open bar, march in a second-line, and dance the night away. If the first wedding you crash isn't doing it for you, just go a block or two over and see what's in store there. Surprises are everywhere!

The sun is too bright. The cars driving by are too loud. You think you may never get out of bed again. You might be hungover from all that wedding crashing. But I promise you, the best cure for a hangover is breakfast food, so find your sunglasses in the pile of laundry next to your bed, make sure your phone is at least a little bit charged, and go straight to Coulis on Prytania for a two eggs/two sides build-your-own-breakfast (you probably want double bacon on the side. Just saying). By now you're feeling a little more alive, but still not great. What better activity for this exact mood than a movie? The Prytania Theatre has great matinee deals, and by the time you leave the theater, you'll feel as good as new! Right down the street is Creole Creamery, so treat yourself to a single scoop of their world-famous ice cream (my favorite is honey-lavender). I know you're absolutely exhausted from the weekend, but try to muster up the last of your energy to make it to Brunos for their weekly Geeks Who Drink trivia at no cost. This is a free activity, but your buget has been going great so use this as an excuse to get some waffle fries. After all, you can't slay at trivia on an empty stomach. 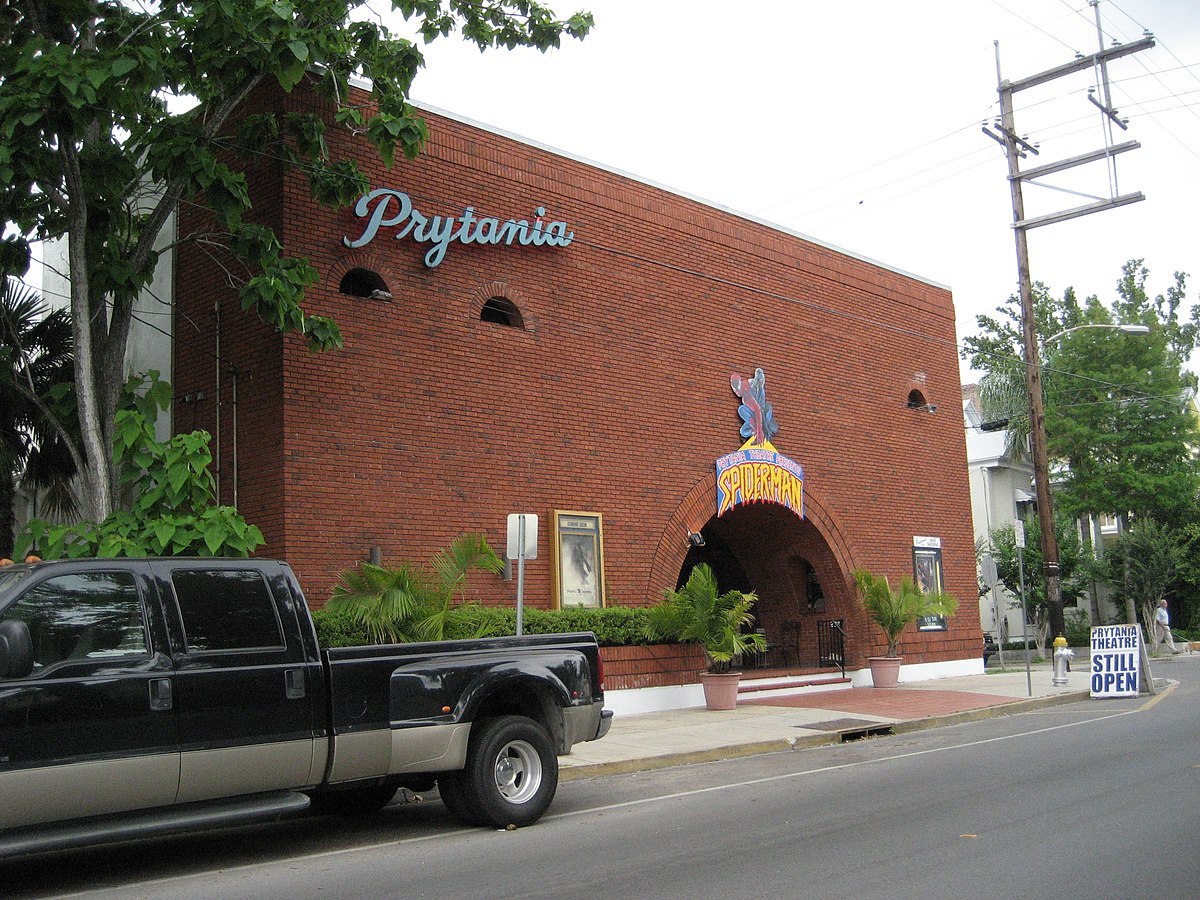 You made it through the weekend with $5.25 to spare, which leaves you a couple bucks for some streetcar rides and tips for the lovely waitstaff at your cheap eats restaurants. Congrats on making it through an unforgettable weekend for under $50!