On Sunday, June 21, at 9 p.m. CST, tune in for a special Louisiana episode of National Geographic's Gordon Ramsay: Uncharted. In the show, Chef Ramsay travels to Louisiana and meets Eric Cook, a New Orleans native, former Marine, and celebrated chef at award-winning restaurant Gris-Gris. In true form to the Uncharted series, Cook sends Ramsay out into the wild marsh to see what kinds of culinary inspiration, adventure, and cultural experiences he brings back with him.

Cook has experience across so many New Orleans and Louisiana cuisine staples, including working as a chef at Commander's Palace and winning first place at the Louisiana Wildlife and Fisheries Seafood Competition. His restaurant Gris-Gris uses traditionally innovative and fresh Cajun ingredients that are locally sourced.

"Eric swears Cajun cooking comes from the soul, but his dishes are so bloody delicious, I wonder if he hasn't sold his own," Ramsay said of Cook in an episode trailer.

Wading through the waterways and Spanish moss-covered cypress groves near the Chandeleur Islands at the easternmost point of Louisiana, Ramsey becomes acquainted with some of the more dangerous creatures, such as alligators and venomous snakes. However, he enjoys this challenge and learns how the Southern Louisiana culture and cuisine are characterized by survival in a hostile and unpredictable environment.

Cook spends time pointing out the issues of land erosion in the swamp, bringing attention to how this issue affects the lives and resources of Louisianans.

"It's a beautiful resource for everyone who lives here, but, unfortunately, it's dwindling quickly," he says. "Growing up here, you learn that getting by is about survival, even as the land beneath your feet disappears."

Ramsey also discovers quintessential elements of Cajun cooking while in the swamps, including frog legs, crawfish, oyster mushrooms, chadrons, and satsumas. He tries some meat from a nutria, a non-native swamp rat that has caused land erosion in the area, and finds that it tastes better than expected.

In the end, this wild approach to learning the heart and soul of Cajun cooking seems to be successful, according to Ramsay.

"This week has taught me a lot about how to survive off this incredible land right here in Louisiana, especially across this very fragile ecosystem," he says. "And these hearty Cajuns have not only survived, but thrived while doing it. Trust me, at the same time, they're enjoying every minute of it."

Tune in Sunday, June 21, on National Geographic, to watch the full experience and learn more, alongside Ramsay, about where the ingredients for your favorite Cajun dishes come from and their significance. 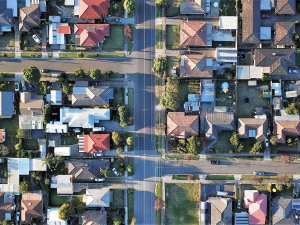 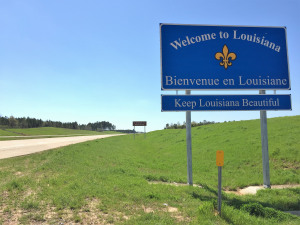