In 2007, Italian rock band Giuda emerged in the music scene with the charisma of their early punk predecessors and the stomping energy of 1970's glam rock 'n rollers. With a retro sound that can be likened to 70's brit-rock bands Mud and Slade, Giuda puts their own contemporary spin on the glam-rock genre with critically acclaimed records such as Racey Roller and E.V.A. In anticipation of Giuda's October 1st show at Santos Bar, we had the opportunity to speak with lead vocalist Ntenda Damas about some of the defining characteristics of their junk shop glam sound!

WYAT: Your biography describes your sound as a mix of "anthemic 70's rock hooks" and "early UK Punk". What inspired this interesting combination of influences?

GIUDA: We grew up listening to 70's punk rock like Slaughter and the Dogs, Ramones, Johnny Moped, Wasps and many more. Then, years later we got down to the root of that music with bands like Faces and Third World War, just to mention a few. We took all of this influence and started to play it in our own way. We never wanted to be a copy of someone else, we've built our original sound without living in the past.

WYAT: What distinguishes Giuda from other contemporary rock artists?

GIUDA: Our sound and our songwriting are our trademark. You can recognize that it's us from the very first chord of every one of our songs!

WYAT: You've received a lot of praise from Joe Elliot (Def Leppard) and Robin Wills (The Barracudas). How does it make you feel to receive such positive feedback from other legendary rock icons?

GIUDA: It is always a pleasure when artists like them have kind words about our music

WYAT: Have you noticed any major differences between touring in the US and in Italy?

GIUDA: Well, the USA and UK are the major countries in the world where RNR (Rock and Roll) happened. In Italy we didn't have the same cultural impact that RNR had in your society. When you go on stage, playing your music with a crowd that knows what you are doing makes a big difference. Here in the States a real, solid and fun fan base keeps growing and growing. Rome, Milan and Bologna are great cities in Italy to play RNR, and when we're there we have the whole country who seems to understand what we're doing. That's something we love!

WYAT: Your album art has a quality that seems very specific to Giuda! Can you talk about how you developed a visual style to compliment the music?

GIUDA: We're lucky enough to have had as incredible an artist and friend as Tony CrazeeKid designing our artwork since the very beginning. It seems like he totally gets what we want to say with our music and we give him a completely blank canvas every time: we totally trust in his vision to always coincide with ours.

WYAT: How do you think your music has evolved since the beginning of Giuda?

GIUDA: It's something that comes naturally to us. We don't like to repeat ourselves so it just happens that our music evolves as we're evolving as human beings. For sure, we care a lot about the details, as we always have.

WYAT: The rock 'n roll industry seems to be constantly changing. Do you face any challenges from playing rock in a time when synthesized instruments are played more and more?

GIUDA: We actually just do we like, and that's enough to keep on doing what we love. We don't care about what is supposed to be cool or not.

WYAT: What do you want your fans to take away from your music?

GIUDA: Fans are free to take whatever they want from our music that makes them feel good. We're just happy to know that what we do means something to someone.

WYAT: What are you most looking forward to about playing here in New Orleans?

GIUDA: We played in New Orleans once and we cannot wait to be there again! New Orleans music has had a big impact on all that has been done, musically speaking, in the last century. So we are incredibly happy to have the chance to play there again. 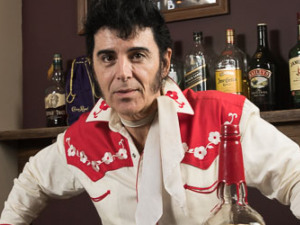 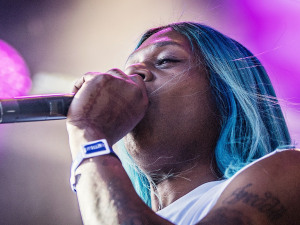