Even writer/director Jim Jarmusch's better films (Broken Flowers, Down by Law) walk a fine line between low-key, deadpan comedy and total cinematic inertia. It's something Jarmusch's new film, The Dead Don't Die, struggles with as well, but without much success.

The combination of Jarmusch's brand of humor with the zombie genre has potential. There's also a strong cast (Bill Murray, Adam Driver, Danny Glover) playing the residents of a small town, where the dead have slowly begun to come to life because of climate change.

As would be expected in a Jarmusch film, it's all paced very leisurely. There are occasional chuckles, but they're too infrequent. The script has Adam Driver break the fourth wall early on, by referring to the movie's theme song. But this device is then forgotten about until almost the very end of the film. Breaking the fourth wall is fine, but it should've been incorporated throughout the film (see also Kiss Kiss Bang Bang, Goodfellas, Deadpool) and not just haphazardly introduced twice.

The movie also tries to imply that many people are already materialistic zombies anyway, but these themes were far better explored in other zombie films, like Shaun of the Dead and the original Dawn of the Dead. The Dead Don't Die'sscript is so clumsy that it has Tom Waits's hermit character literally spell out the theme near the end. As zombie comedies go, it is several miles behind Shaun and Zombieland.

The Dead Don't Die will likely be of interest to Jarmusch diehards only. 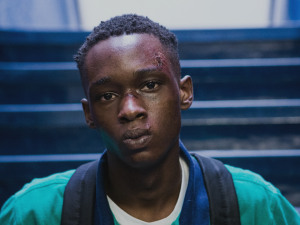