I'll freely admit that I have not found Pete Davidson all that funny on Saturday Night Live, and I don't give a rat's ass about who he is dating. With that said, I feel he gives a naturalistic and affecting dramatic performance in the semi-autobiographical comedy-drama The King of Staten Island.

Davidson plays Scott Carlin, a slacker/stoner and terrible tattoo artist who is still struggling emotionally with the death of his firefighter father, which happened some years ago. He keeps the girl who loves him (Bel Powley) at arm's length, and he acts out when his little sister (Maude Apatow) goes off to college. What really gets him steamed is when his mom (Marisa Tomei) begins dating a fireman (Bill Burr).

Davidson exudes just enough charm in his performance to make us care about this unlikable, self-loathing character. You want him to see the light and get his act together.

The film is directed by Judd Apatow (The 40-Year-Old Virgin, Trainwreck), and some may not appreciate his loose and improvisational style. Sure, certain scenes in The King of Staten Island go on too long, and the scenes with his stoner friends don't really add much, but the movie keeps the important points in focus.

In the end, director Apatow, Davidson, and a good cast keep you invested in an often-funny drama that is a lot heftier than it first appears.

The King of Staten Island is now streaming on Amazon Prime.

Romantic comedies have fallen out of favor in Hollywood in the past few years. So it's nice to see a new romantic comedy hit the big screen, even if writer-director Natalie Krinsky's The Broken Hearts Gallery is a mixed... 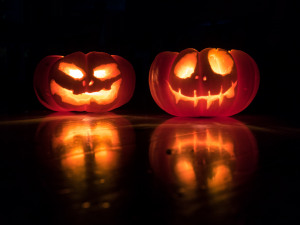 This is Halloween! COVID-19 is spooky, so people and events throughout the country have opted for virtual events this Halloween season. Halloween will definitely look different this year, but what's to stop it from spooking you virtually? According to the organization behind the NOLA Horror Film Fest, "There are just too many variables, too many uncertainties, surrounding... 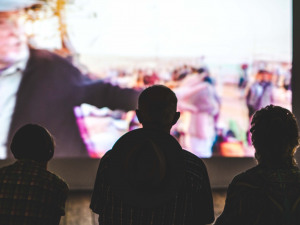 The 31st annual New Orleans Film Festival (NOFF) will host over 150 films on its NOFF Virtual Cinema platform, from November 6 - 22. Over 30 films will be showcased at the NOFF's new open-air cinema at the Lafitte Greenway, between November 6 and November 16. The New Orleans Film Fest's All-Access Pass and Virtually Everything Pass both went on sale on September 9 at...