After a very limited run in theaters, Kevin Smith's Jay and Silent Bob Reboot is now streaming on Amazon Prime. This filmed-in-the-New-Orleans-area movie is for Smith diehards only.

Stoners Jay and Silent Bob (Jason Mewes and Kevin Smith) learn that Hollywood plans to make a reboot of Bluntman and Chronic, the comic book whose heroes are based on them. They set off from New Jersey to Hollywood to stop the film. Along the way, Jay learns from his old girlfriend (Shannon Elizabeth) that he has a daughter (Harley Quinn Smith).

The trap that Jay and Silent Bob Reboot falls into is that it aims to mock the conventions of nostalgia-driven reboots, but it routinely commits the same sins those films do, referencing past joys without adding much to them. The plotting is indifferent, and the film seems more like it was an excuse for Smith to hang out with his friends. It may very well have been a fun set, but The Cannonball Run 2 looked like it was a blast to make, too.

While the gags mostly fall flat (with the exception of an inspired cameo late in the film), the thing that keeps the movie from being a total disaster is Jay's relationship with his daughter. When the movie stops winking at the audience long enough to be sincere, there are some good scenes as a now middle-aged Jay grapples with the fact he's had a daughter he didn't know about for 18 years. Mewes and Harley Quinn Smith both do good work in those scenes. Jay and Bob Reboot should have kept the focus on their relationship. 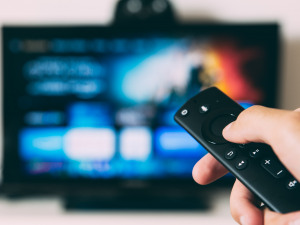 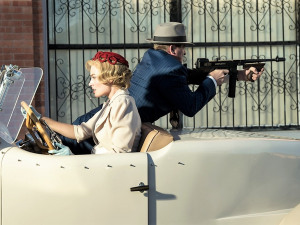 The depression-era drama Dreamland is more character study than gangster film. It's more like Terrence Malick's Days of Heaven (1978) than Arthur Penn's Bonnie & Clyde (1967). So, don't expect a wild shoot-'em-up. Margot Robbie plays Allison Wells, a lady bank robber on the run. Teenager Eugene Evans (Finn Cole) helps Allison hide from the law and soon becomes smitten with her. After...