Based on the 2014 Norwegian film In Order of Disappearance, Cold Pursuit puts Liam Neeson in what initially seems like a Death Wish-style revenge flick but smartly pivots into more darkly comic Fargo territory with strong results.

Neeson runs a snow plow in a small Colorado town and leads a fairly dull life with his wife (Laura Dern). When their adult son is murdered by drug dealers, Neeson starts killing those responsible. But instead of just being a movie about an unstoppable killing machine seeking revenge (e.g. The Equalizer), Cold Pursuit shifts attention to how Neeson’s killings are causing the local drug gangs to become paranoid and start turning on each other.

There are a number of inspired touches throughout. While most thrillers spend lots of time on the hero’s domestic life, Cold Pursuit focuses on the home life of its chief villain (a memorably sleazy Tom Bateman), who’s squabbling with his ex-wife (Julia Jones) over the custody of their bullied son (Nicholas Holmes).

Going into too much detail of how the criminals undo each other (when Neeson isn’t killing them) would spoil the fun. But director Hans Peter Moland, who also helmed the original, has crafted a wickedly enjoyable black comedy that’s worth a look for those who can stomach the bloodshed.

My biggest quibble: they should have stuck with the original title. In Order of Disappearance is a way better title than Cold Pursuit. 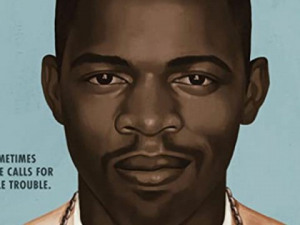