The stories are set up by witch Morella (Kayden Kross), who is a much foxier version than Tales from the Crypt's the Crypt Keeper, though she is far less animated. First up is The Albino Spider of Dajette, in which everyone speaks with lousy French accents. Dajette (Ashley Wisdom) has eyes where her nipples should be, and when her male suitor runs away in horror, she says, "Not again," then a tear from her nipple eye falls onto a bad CG spider. The insect grows into a man-spider thing (Scotch Hopkins) who wants to rape women and snap their necks, but he can only do these nefarious deeds when Dajette is sleeping.

The second segment, Change of Face, is a crummy rip-off of the excellent and haunting 1960 French film Eyes Without a Face. In Change of Face, stripper Mystery Girl (Rachel Alig) slices off the faces of prostitutes to wear over her own disfigured one. Cops straight out of Ed Wood's Plan 9 from Outer Space (1959) are on the case. To pad it out, we get to see Mystery Girl do her stage routine twice, which consists of her wearing a hooded cloak and swinging on a pole.

In the final story, Drukija, Contessa of Blood, the countess in question (Alice Tate) bathes in the blood of virgins to keep her youth. That's it. No plot complications or anything. We see her take a bath in blood, which lasts a whole five minutes.

I can't convey how truly inept this movie is, but I will try. In the Spider segment, you can see the rubber monster spider suit coming apart, and at one point, the police tell the killer spider to "Let go of her neck!", yet the victim is lying on the floor several feet away.

In Change of Face, Mystery Girl sneaks up behind a policeman, puts her arm around his neck, then slashes his chin. Cut to a close-up of the cop's gun shooting at something in front of him. But she's behind him! It makes no sense editorially. Early reviews have compared Verotika to Tommy Wiseau's The Room (2003). While there are lulls in The Room, the unintentional comedy is fairly consistent. Verotika's Spider segment contains some accidental laughs and is the best/funniest of the bunch, but the second and third segments are deadeningly dull. Verotika is available digitally and on disc.

ZERO Stars (Out of Four)

What to Watch on Amazon Prime This July

You might be looking for something to watch or escape to these days, and Amazon has had you covered. And now, it's going to have you extra-covered. This July, Amazon is releasing a deluge of content for the many of us still housebound. Among...

I'll freely admit that I have not found Pete Davidson all that funny on Saturday Night Live, and I don't give a rat's ass about who he is dating. With that said, I feel he gives a naturalistic and affecting dramatic performance in the semi-autobiographical comedy-drama The King of Staten Island. Davidson plays Scott Carlin, a slacker/stoner and terrible tattoo artist who is still struggling emotionally with the death of his... 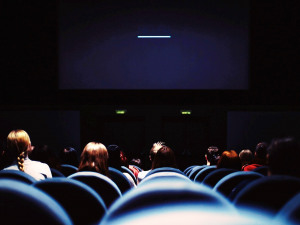 From the black-and-white glory days of Hollywood to the cutting-edge cinema of modern times, the Deep South has been featured in an array of movies over the years. Here are five of the very best, which, if you haven't seen them, you should definitely check out. And even if you have already seen these fantastic films, it's probably about time you watched...