Beyonc? and JAY-Z?s OTRII Tour Heads to the Mercedes-Benz Superdome on Sept. 13">

If you thought Essence Fest was the next big thing, you were wrong. It’s time to dance, sing, and be slain once again by none other than Beyoncé, the Queen of Pop, and rapper husband, JAY-Z, on their September 13 stop at the Mercedes Benz Superdome for the On the Run II Tour. It’s been four long years since the powerhouse couple last performed here together on the first OTR tour, and let’s be honest—we’re missing those rapid-fire, unapologetic verses from JAY-Z and those killer dance routines from Queen Bey. Oh, and let’s not forget those designer wardrobes. Hailed as the most expensive and most anticipated tour to date, the OTRII tour, featuring dynamic openers DJ Khaled and Chloe x Halle, is not worth missing, especially as details from the European leg of the tour slowly emerge.

Since the first OTR tour, the couple’s dynamics have significantly changed, most obviously with the birth of their twins. And despite the near downfall of their relationship—from the elevator scandal to JAY-Z’s cheating, from Beyoncé’s critically acclaimed Lemonade album, targeting her husband, to JAY-Z’s apologetic response in 4:44—this tour presents the couple in a united, strong front. In fact, it seems that the celebrities may just be giving fans what they want: a look into the couple's inner lives. Cinematic clips and images, acting as interludes and backdrops, feature intimate photos of the couple and their children and a heart-warming video of Beyoncé and JAY-Z renewing their vows in front of their children—all following the Bonnie and Clyde theme begun by the Carters on the first OTR tour. In addition, the Carters don’t shy away from their tumultuous past. At their Cardiff opener, they greeted the packed stadium in an elevator and offered a shirt with the etymology of “f**kery,” which hints at JAY-Z’s unfaithfulness and acts as a statement wardrobe piece for fans.

Although all of this carefully considered and planned material may prove that “This is Real Life,” which flashes boldly in your face on a screen at the beginning of the show, it does make you question if the couple is truly showing that they’ve worked their private life out or just putting on an outstanding show. Is it reality or routine? Is it life or fiction? Either way, it’s not our place to speculate. Beyoncé and JAY-Z prove to their audience that they are real people, that life is not a series of happy endings, and that music is what ultimately brings fan and artist together.

So let’s leave the “Family Feud” and speculation behind us. After all, we’re not the paparazzi or the type to start a rumor mill. We’ll just leave it up to you to read into the storyline presented by the tour when you go yourself. Instead, it’s worth mentioning that this tour will be a designer catwalk in itself. Bey is known for werking it in bodysuits and heels, and this performance will be no different. Expect sexy outfits from high fashion designers, including Gucci, Balmain, and Givenchy. She’ll dance her way through the night in “Naughty Girl” style in a variety of mini dresses, thigh high boots, and signature bodysuits, adorned with animal prints, latex, and glitter galore. JAY-Z has also kicked the tour off in style. He’s also sporting Givenchy in the form of a classy white suit, but hasn’t let this sleek look stop him from repping his classic street-inspired wear of bomber and leather jackets.

Perhaps more important than fashion and family life are the music and moves that started it all. With nineteen albums between the icons—one being their recently released collaborative album Everything is Love—the setlist is sure to be packed with hit singles and duets like “Formation,” “Run the World (Girls),” “Drunk in Love,” “4:44,” “Big Pimpin,” “Holy Grail,” and many, many more. But with such a large canon of work that spans over a decade of music- making success, some crowd favorites will be left out, but the energy and life that the Carters are sure to breathe into their performance will make up for it. For anyone who has seen Beyoncé or JAY-Z, you know that their music is synonymous with dance (especially Beyoncé’s), which adds an element of complexity to the show every time.

Accompanied by dancers and the live band that she performed with at her now-infamous “Beychella” performance, her team’s expertly choreographed routine, alone, is a showstopper. If you thought K-Pop boy bands had slick moves, watch out, because Beyoncé is a fierce competitor. Armed with a dance routine, musical talent, and several big gigs in the past few years, it may appear as if Beyoncé steals the spotlight from partner JAY-Z. It doesn’t help that during the tour, she’ll be garnering even more attention with her own September Vogue issue—in which she has full control of the iconic fashion magazine and has hired the first ever black photographer, Tyler Mitchell, to help her transform it. Regardless, JAY-Z’s equally dominant stage presence, bad boy persona, and unapologetic lyrics are sure to grab and hold your attention, too.

With a wealth of information, pictures, and videos of the tour constantly surfacing on social media, it’s hard to resist the temptation to see this musical powerhouse when they visit their adopted city of New Orleans. Whether you’re a fan of the music, fashion, or family intrigue, their show will be a stunning experience. So save up your earrings, stock up on that merch, play their records front to back until you’ve memorized all of the lyrics, and get yourself a ticket to the New Orleans’s biggest summer slayfest yet.

Putting aside "their territorial differences to make beautiful music," Big Chief Romeo from the 9th Ward and Big Chief Jermaine of the 7th Ward formed the 79rs Gang in 2013, producing a new kind of Mardi Gras Indian music that combines tradition with club and electronic... 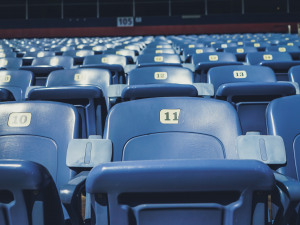 Late last month, blues-rock artist Travis McCready performed in front of a live audience in Arkansas. The New York Times heralded the event as the first live show to happen in months. Around 200 energetic fans didn't so much as crowd as finesse their way into an art deco theater in Fort Smith, AR. Everyone wore PPE and had their temperature taken before entering the show. Concert-goers... 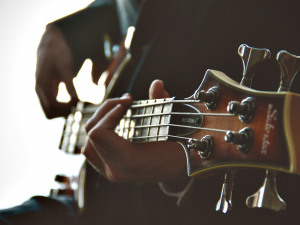 Music is coming back, but let's keep it socially distant. The New Orleans Suspects are preforming via livestream, for the first time since the outbreak of COVID-19, on Wednesday, June 3, from 7:00 to 9:00 p.m. The band will be set up inside the world-famous Maple Leaf Bar, which will be closed to guests but open to the sound of New Orleans music. Anyone and everyone is invited...