NCIS: New Orleans to be Cancelled After 7th Season

Fans of NCIS: New Orleans received the earth-shattering news that their action crime drama of choice was getting canceled. Season seven of the drama began in November, and now the season finale will be the series finale. It's still early to eulogize—NCIS: New Orleans will continue airing until May 16th—but we'd like to take this chance to, ahem, investigate the show.

A quick debrief: NCIS: New Orleans premiered in 2014. The show spun-off from NCIS (which itself was a spin-off from the Navy-themed legal drama JAG). Confused? Don't worry, you don't need to know the entire universe.

The NCIS world first visited NOLA in 2013 when a two-part "Crescent City" episode brought the characters to town in order to investigate the murder of a congressman. New Orleans—a city that treads the fine line between pleasure and vice—became the perfect setting for a spin-off.

NCIS: New Orleans was a cultural juggernaut at inception. In becoming the third show of the NCIS franchise, the NOLA-based police procedural series was grandfathered into an affluent dynasty. Hollywood Reporter notes that NCIS is CBS's longest-running show, as well as its most expensive. The extravagant price tag is worth it for the network since NCIS "ranks as the most-watched series on television, with more than 15 million total viewers." If that weren't impressive enough, consider that NCIS is "the No. 1 global TV series in the world, having been syndicated both domestically and internationally, where it is licensed in more than 200 countries and territories." Basically, the show's far-reaching influence is in a league of its own.

Unfortunately for fans of the NOLA spin-off (and for the New Orleans-based crew working on the show), not all of NCIS's audience came along for the exploits of Special Agent Dwayne Pride (played by Scott Bakula). For a leading man, Pride was aptly named. He embodied dignity and consciousness. The show's copy describes him as a man "who is driven by his need to do what is right." In this way, Pride joined a line of TV "good cops." NCIS: New Orleans received mention for its contributions to TV's long-held "'police'-eye perspective that helps shape the way viewers see the world, prioritizing the victories and struggles of police over communities being policed," Kathryn VanArendonk wrote for Vulture. Her observations went viral during a summer that saw the largest civil rights protest in U.S. history.

Early on, critics didn't have much to say about the characters in NCIS: New Orleans. They came from familiar stock. But reviewers did take note of the stunning locale. "It was very off-putting how awkward the opening scene was," Jason Hughes wrote for The Wrap. But Hughes found something to be excited about in New Orleans's jazz scene. "The inclusion of jazz in the pilot was relevant to the main plot," he wrote. "Even when it's not, I hope the soul and music of New Orleans continues to permeate through the show."

And the city did continue to shine. "New Orleans, with its unique culture, music, and colorful backdrops, was always a main character on the show," according to WWLTV's broadcast segment about the show's ending. In return, the show made itself a "cornerstone of the local film industry, employing approximately 200 crew members," Keith Spera wrote for NOLA.com.

When the show came to town, it was part of a wave. Thanks to some enticing film industry tax breaks, New Orleans was being called the "Hollywood of the South." In 2014, ABC News had a segment about the city becoming the newest movie boomtown. At the time, there were 14 ongoing productions, a number that Nightline described as "far outpacing Hollywood." Since then, Louisiana has faced tough competition from Georgia for the title of "Hollywood South." If there's one thing locals can be glad about in regards to the cancellation of NCIS: New Orleans, it's that at least the franchise isn't moving to Atlanta. Instead, Hollywood Reporter says the showrunners are setting their sights on a Hawaii-set NCIS series.

The end is near for NCIS: New Orleans, but more interesting than dwelling on that is observing what the show meant and dreaming up ideas of what it could lead to. VanArendonk's close reading of cop shows picked up on the fact that "a cop's point of view has become the default way to frame national unrest, including institutional and systemic racism, the capitalist urge to prioritize property over human life, and a political system that benefits those already in power." This opinion was backed up by a report by Color of Change and The USC Annenberg Norman Lear Center titled "Normalizing Injustice." The study found that "television's most popular genre excludes writers of color, miseducates people about the criminal justice system, and makes racial injustice acceptable." Clearly, there is room for improvement in our institutional systems, as well as our TV shows.

In case you need to fill the void left from one CBS cop show with another, the network premiered a reboot series of The Equalizer earlier this February starring Queen Latifah. Slate claims that the show has been paying attention to "copaganda's" critics. Hopefully The Equalizer will be savvy and informed of problematic cop show tropes. We'll be watching.

Director Shaka King's historical drama, Judas and the Black Messiah, is an engrossing piece of filmmaking. This movie is a true story of an American tragedy in the 1960s, but it is very relevant of what is going on in our society right now. It's also an extremely... 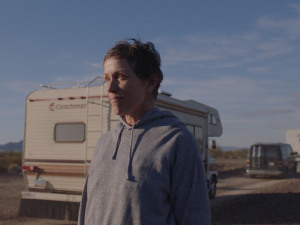 Writer/director Chloe Zhao's Nomadland is getting a lot of Oscar buzz. It may not be my pick for the best of 2020, but it is a strong effort that's worth a look from moviegoers. Frances McDormand plays Fern, a widow who lost everything during the Great Recession. She starts living out of her van and traveling from odd job to odd job across the country. Along the way, she meets and befriends other people living like... 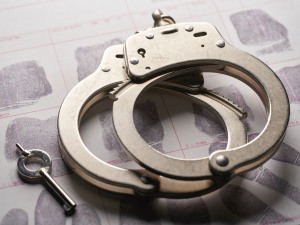 NCIS: New Orleans to be Cancelled After 7th Season

Fans of NCIS: New Orleans received the earth-shattering news that their action crime drama of choice was getting canceled. Season seven of the drama began in November, and now the season finale will be the series finale. It's still early to eulogize—NCIS: New Orleans will continue airing until May 16th—but we'd like to take this chance to, ahem, investigate the show. A quick debrief: NCIS: New Orleans premiered in...