According to nola.com, several environmental groups have recently taken action against the Army Corps of Engineers because they claim that the Corps has failed to take into account the environmental impacts of opening and closing the Bonnet Carré Spillway time and time again.

Healthy Gulf, a New Orleans-based environmental group, and the Defenders of Wildlife, a national environmental group, have both taken steps in the past week to sue the Corps, noting that they violated the Endangered Species Act when they proceeded without advice from federal wildlife agencies, regarding the danger of opening the spillway.

Cynthia Sarthou, Healthy Gulf's executive director, explained, "The fact that the Army Corps has had to open the Bonnet Carré Spillway four times in three years is unprecedented." She emphasized the drastic impact it has had on the environment ever since its conception a hundred years ago. "Clearly it is time for the Corps to take a fresh look at how the project is being managed and what can be done to reduce negative impacts to threatened and endangered species," she continued.

However, the Corps has yet to make a peep on the subject.

The spillway was opened earlier this month, its sixth time in 10 years. Having been constructed after the 1927 Mississippi River flood, the spillway is utilized when water overflows the levees in the New Orleans area. This water, rich with fertilizers and other pollutants, finds its way into Lake Pontchartrain and on into the Gulf of Mexico, where its impact only grows and intensifies.

Since there have been more frequent storms of varying strengths as of late, the spillway has been opened several times in recent years. And sometimes, it's left open too long. For instance, algae bloomed on the beaches of Mississippi coastal counties, killing oysters in Mississippi and even Louisiana. The lengthy opening was also blamed for a reduction in shrimp catches.

The lawsuit points out these pollutants and how they travel through different bodies of water, creating low-oxygen "dead zones" in the Gulf. However, the Washington, D.C.-based Defenders of Wildlife noted, the Corps "has never rigorously studied the effect of opening the spillway on imperiled wildlife or protected habitats as required by the Endangered Species Act."

The environmental groups and their lawyers hope to force the Corps to consider the spillway's effects on endangered species, such as loggerhead, leatherback, green, Kemp's ridley, and hawksbill sea turtles; piping plover and red knot birds; West Indian manatees; and Gulf subspecies of Atlantic sturgeon.

This case arrives only months after the Corps was initially sued over the spillway openings. In December, a lawsuit claimed ecological damage and explained how the constant reopening of the spillway acts as a violation of federal law.

The Global Pandemic is a Real Roller Coaster Ride

The theme park business in Denmark is getting ready to reopen after months of confinement due to the coronavirus pandemic. As the virus remains active, theme parks have been forced to re-imagine the experience of their guests in compliance... 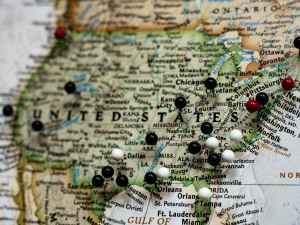 Louisiana Ranked as Worst-Off State From the Pandemic

As states across the country continue to struggle with providing medical and financial support to their residents, their resources continue to be rapidly diminished. States have been forced to support their citizens despite a decrease in tax revenue. According to Wallethub, the reopening of the economies of some states will not completely alleviate the months of economic damage and unemployment that... 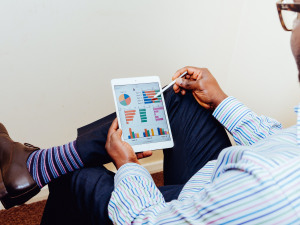 Is the U.S. Going to Run Out of Social Security Funds?

The COVID-19 pandemic has paved the way for new financial concerns and worries. According to a survey conducted by Country Financial, approximately 61 percent of Americans said that COVID-19 has made it harder for them to set aside money in savings and investments. The same study showed that roughly half of the population surveyed admitted that their level of financial security has worsened since the...