Calling All Bartenders: Do You Make NOLA's Best Margarita?

In 2019, Where Y'at Magazine produced the 8th Annual Margarita Mix-Off, choosing five finalists out of 40 or so bartenders from a long list of New Orleanian restaurants and bars, including the Bulldog, Fulton Alley, Sante Fe, Blue Nile and countless more. The Finalists were from Wrong Iron, May Bailey's, The Penthouse Club, Fulton Alley, and Galatoire's 33. There was the Finals Mix-Off party, which took place at the Wrong Iron, that over 300 people attended.

The Mix-Off invites all bartenders in New Orleans whose venue carries Tres Agaves and Cointreau to submit individual recipes for consideration. Bartenders will have roughly four weeks to submit a recipe with entries due by April 15. The Republic National sales reps will meet with bartenders and record the recipes, making sure they use Tres Agaves and Cointreau as the primary ingredient.

Upon entry, the recipes will be submitted to Where Y'at Magazine, who will then work with Tres Agaves, Cointreau, and RNDC to pick the Finalists. The winners will appear at the Finals party, a location, and date still to be determined. The party will include a VIP invitation-only pre-party with complimentary cocktails.

During a normal year, we would all be enjoying the sounds and tastes of this year's Jazz and Heritage Festival. Unfortunately, COVID-19 has made 2020 and 2021 anything but normal years. So if you're starving for some quality New Orleans jazz, then the New Orleans Jazz Museum... 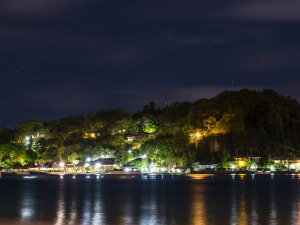 A volcanic eruption on the north coast of the Caribbean island of St. Vincent has been taking place since Friday, April 9. The volcano, named La Soufrière, has left the island completely covered in toxic ash, leaving it without power and causing water supplies to be cut off. This has forced the evacuation of about 1/5 of the island's population; 16,000 people had to leave their homes. The volcano continues to erupt and the island... 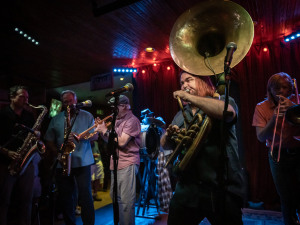 Second Line at Home for This Year’s Brass Fest

"GREETINGS ALL BRASS BAND LOVERS," reads a Facebook post by Save Our Brass Culture Foundation. "WE WERE THE ONLY FESTIVAL LAST YEAR AND WERE BACK." It's an all-caps announcement that reads like a hype man stirring up excitement over social media. In a year that has most festivals quietly working out their postponement dates, this year's Brass Fest will be virtual. But clearly, it'll still be loud as ever. The New Orleans...