Gerald Gillum, known best as G-Eazy, has been blazing his trail to success for the better part of a decade.  His albums, EPs, and countless collaborations have created a stellar resume including opening for Drake and Lil Wayne on each of their nationwide tours, the winning spot on Spotify’s Emerge program, and most recently a U.S. and Australia tour for his debut studio album, These Things Happen. What’s next? He’ll be closing out Buku Music & Art Project this Saturday night in front of a sold-out crowd.

G-Eazy spared some time from his jam-packed schedule to chat with me about his evolution through the years, what lies ahead, and what we can expect at Buku this weekend.

Where Y’at: Do you still hold a residence in New Orleans?
G-Eazy: I don’t. I left maybe two years ago now. I left when I jumped on the summer tour with Lil Wayne. Then I spent a year living out the suitcase. Then in May, I finally got a home again. I moved back to the bay area.

WYAT: You’ve always been one to constantly release new music and collaborations. At any given time, how many songs are you working on?
G-Eazy: Well there’s always a bunch of stuff in the vault, on the table. You know, sketches of stuff that's just not quite done. Sometimes you’ll make something in a day, but then come back in six months with a fresh idea or new way to approach it.  There’s a bunch of stuff that I’m sitting on right now. I’m looking forward to diving in to a new album now that the tour has finally come to an end. I was on the road for the better part of the last year. We just got back from Australia, which was the last leg of it. So it feels good to finally get some downtime.

WYAT: What is your favorite song to date?
G-Eazy: Probably “Downtown Love” with John Michael. He’s a good friend. I met him at Loyola and we had a mutual respect for each other way back then. This is the first time we finally came together and collaborated on something. It just clicked right away. He came over for coffee and just sat down on the keyboard and played me this idea he had and he sang the chorus. I was like, “That’s it. Let’s track this right now.” We pretty much built the whole song that day.

WYAT: You performed at the very first Buku Music & Art Project. Besides the new music, how do you think this year’s set will differ from when you performed at Buku three years ago?
G-Eazy: Well, the festival’s just gotten bigger and bigger, and, I mean, I’ve probably come a long way in the last 3 or 4 years. I love performing in New Orleans. It always feels like a second home to me and I still have a lot of friends there. You know, it’s cool to see the old trends that have been in my corner since day one, since performing at the Republic on Friday nights for the Throwback Party, to where it’s come now.

WYAT: Can we expect to only hear songs from These Things Happen at Buku, or will you throw in some G-Eazy classics too?
G-Eazy: Nah. I always mix it up. I think for the show, to kind of demonstrate the journey from the beginning to where we are now, you gotta throw some old songs in there for the people in the crowd who have been following all along, and get the new fans to get caught up. I think it’s important to paint the whole picture.

WYAT: How did you and NOLA producer Christoph Andersson,originally link up?
G-Eazy: We met through one of my best friends Swiss Chris, who I met at Loyola. Christoph was still in high school at the time. He was at NOCCA.  I was over at Swiss Chris’ house and we were hanging out and working on some music and Christoph came over and was working with him on a song. We’ve just been friends ever since. I was a big fan of Electronic Take Over, and Christoph was one of the resident DJs there. I've always had the idea to bring Christoph into my world. Take him from electronic music and into the world of hip-hop and do a record together. It just clicked.

WYAT: He’s now made the remix albums, Must Be Twice and These Things Also Happen. Was that his idea or yours, and is this something we can now expect on every album?
G-Eazy: He’s an insanely talented producer. He does those when he’s bored on tour. It started out he’d do them for our recap videos for when we were on the road. They sounded so damn good, we wanted to package them as an EP and put them out. Yeah, his talent level is ridiculous.

WYAT: You’ve always rapped about the hip-hop grind, and the struggle of being “Almost Famous.” Now that you’re basically there, reaching #3 on the Billboard Top 200, how do you think your themes will change in your future tracks?
G-Eazy: I guess I can’t rap about being broke no more. (laughs)

With every record, it’s a reflection of where you’re at, at that time, and what you’ve experienced in the last year or two. That was that chapter of my life. The next record will reflect this chapter. You know, what’s going on in my world.

WYAT: You’ve been touring non-stop all over the world, and you said on Facebook it was time to hibernate. Knowing your work ethic and that you’re not one to sit back and let off the reigns, what’s really on your plate for the next few months?
G-Eazy: Leaving for Atlanta in a few days to record with a couple of producers out there. Then I come back to New Orleans for Buku and spend a week recording with Christoph. Then I go to Austin, Texas for SXSW; then, I go to New York to record with a bunch of people. Finally, I bring it all back to L.A., which is kind of like a hub in music. Almost everybody lives there it feels like.  So it’s easy to call on somebody and say, "Hey, come over here and work on this." I’ll set up shop there for, I don’t know, about a month and spend the rest of the summer finishing up the new album. We’re booked for a bunch of festivals. Then, we’re going back to Europe in July.

Yeah, it never stops. There’s no real time to hibernate.

Yeah, it never stops. There’s no real time to hibernate. But if I get a couple days at home I feel like I’m lucky. That feels pretty rare there days.

WYAT: Your music videos have become something that your fans always look forward to. Can we expect another one soon?
G-Eazy: We shot the last one we’re going to shoot for this album. I love making music videos ever since “Run Around Sue”. It’s a dope platform; a cool way to bring ideas to life.  It’s time for the cycle to start over. You make all the music, then you decide what you want to shoot a music video for, you roll out all the content, then you put the album out, then you tour, then you start back all over again. So we’re kind of back at the beginning of the cycle right now. I’m just excited to get back in the studio. It’s been a while.

WYAT: You had said you were not supposed to be here.  You’re an outsider and you never fit in as a quintessential rapper.  (“This is just chasing a dream. This was something out of nothing.”) Do you think being that outsider and not being that quintessential rapper helped fuel your career?
G-Eazy: At the end of the day, I always argue that the music matters the most. But I’d be lying if I said that was everything. It’s one of those things that can hold you back for a long time, until you finally start to find some success then all of a sudden it can start to help you if it’s what separates you and helps you stand out. I can only be myself. I can only dress how I want to dress, and talk about things I’ve experienced, and if people gravitate to it, then cool. I make music selfishly. What I mean by that is, I write the songs that I would want to listen to. I work on beats that I would want to hear somebody else do.  I draw from my influences and create something I would like to hear. If people enjoy that, then that’s beautiful, but I make what I like to make.

WYAT: Your website says, “His goal remains the same as it did when he first started.” So what exactly is this decade-old goal? Is there an endgame?
G-Eazy: I don’t think there’s an endgame. It’s not like being an athlete, where you retire at the end of your career. Being a creative, you never really retire. You express yourself through whatever medium or art form you’re into. I want to be in a place where I get to create. I feel lucky to get to do this for a living. It’s really rare to be in this position. There’s a lot of people who love making music, love making art, but don’t get to do it full time. I just want to be able to continue to create as long as a can, and get to tour the world and perform the music I create in front of people who care about it.

I’ve been a fan for most of his career, so I, too, hope he gets to continue creating his art for many years to come. Catch G-Eazy closing out Buku Music & Art Project this Saturday at midnight on the Ballroom stage.

Hi.Good.Music is a bi-monthly blog highlighting and introducing lesser-known artists in the EDM, hip-hop, and indie scenes, both locally and beyond. Check back for free downloads, interviews, and concert reviews of New Orleans as well international acts.

Discover more new music through my blog at www.higoodmusic.com.

An Intimate Interview with Gin Wigmore...

Gin Wigmore kicks off her Let It Ride tour here in New Orleans this Wednesday night at The Hi-Ho Lounge and she’s bringing new music with her. If you haven’t had the pleasure of knowing Wigmore’s music until now, you’ve been missing out for years.... 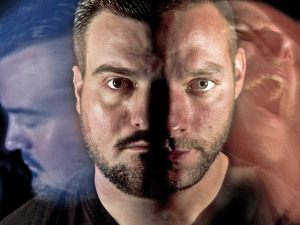 The Playback by Nick Ray & LOC

The Playback lays it all out on the line for everyone to see. This EP is a collection of 7 tracks in which Nick Ray and LOC show themselves determinedly pushing through the day to day, as they deal with life’s strife and seek out a higher level. …Or at least that’s what I got out of the lyrics. I’ve written about these two NOLA locals before when they released their second collaboration, “November”,... 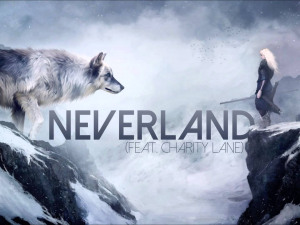 I started out writing about the whole Dysphoria EP, but decided to focus on the hit track, “Neverland”, to make sure you heard the essence of what you’ll get from Crywolf. Justin Taylor Phillips is an L.A. guy who’s made a unique mark on the dance scene from day one. As an electronic music producer, vocalist, and multi-instrumentalist, Phillips saw his talents met with instant praise as his debut EP Ghosts...