Are Your Devices Spying on You?

New research makes the question difficult to ignore. Preliminary findings, produced by researchers working under the umbrella organizations of Ruhr University Bochum and the Max Planck Institute for Security and Privacy, indicate voice-recognition hardware such as Amazon's Alexa and Microsoft's Cortana might be collecting more data about you than you think.

Privacy advocates have long been concerned that voice assistants in the home are little more than a Trojan Horse for corporate espionage. But this news should concern more than just the wonks going for a regular spin on their hobby horse. Millions of families have these devices in their homes. If this paper's findings hold water, some of the biggest companies in the world are using them as a kind of digital panopticon, an all-seeing eye that surveils and harvests your every conversation on behalf of the government and Madison Avenue.

The results, reported on Ars Technica, concentrate on so-called "wake words" for voice assistants. For Apple and Amazon, the words are "Siri" and "Alexa" and so forth. According to the research paper, the devices respond to a far wider phonetic range than that.

False triggers include but are not necessarily limited to "unacceptable" and "election" for Alexa. The innocent enough phrase "Ok, cool" will turn on Google Home. Perhaps more understandably, the word "Montana" brings the Microsoft Cortana device to life.

Now, there are essentially two of ways of conjecturing about this sort of news (and that is all we can really do—conjecture—because these companies are incredibly powerful and opaque, and they don't answer to anyone but their shareholders). One, you could take a sort of tin-hat, conspiratorial view, according to which these companies are intentionally programming voice assistants to respond to false triggers as a dragnet means of increasing their surveillance potential.

Google, Apple, etc. want to essentially farm you for as much information as you're worth in order to auction it off to the highest bidder. These companies have already demonstrated that they have no compunction selling out their clientele, allowing law enforcement agencies to subpoena information form their massive stores of raw intelligence.

Alternatively, you could take a more generous tact and say that voice recognition technology is incredibly difficult to perfect. These companies are trying to develop one-size-fits-all software that can work seamlessly for millions of clients. Naturally, mistakes will be made.

There isn't really any way to know which version of the truth to believe. Maybe the most alarming thing to realize is that, in any event, the effect is the exact same. Whether Silicon Valley bigwigs are bungling ignoramuses or conniving Illuminati plotting world domination from some sort of smoke-filled room, both scenarios result in privacy erosion.

The scary thing about all this smart technology is that we're purchasing it, even as we have no way of knowing its true price. In the final analysis, the cost of the digital revolution will be measured not just in dollars and cents but also in terms of our civil liberties. We've essentially bought convenience on credit, and as the payment plan comes into clearer focus, we'll be finding out just how steep the interest rate really is.

Stonehenge is iconic and beautiful. Everyone recognizes this famous arrangement of giant stones, located in Wiltshire, England. Listed as a World Heritage Site, Stonehenge brings in as many as 800,000 tourists to visit it every year. Yet... 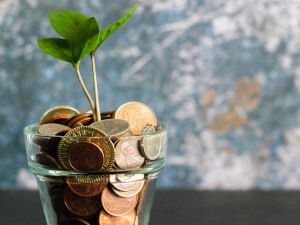 The check isn't in the mail just yet. But with any luck, more money could be coming, if a new stimulus bill passes in Congress.
The HEALS (Health, Economic Assistance, Liability Protection and Schools) Act is an act that is intended to alleviate some of the burden of COVID-19. According to The New Orleans Agenda, the Republicans of the Senate have initiated this new plan to help those impacted... 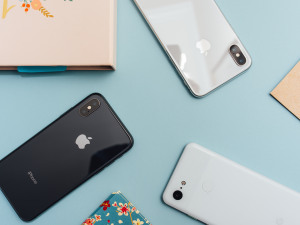 Many Apple fanboys and girls will be looking forward to this fall, as there are some rumors of exciting news coming down the pipe. The most noteworthy announcement for most is the news that the new iPhone 12 is on the way this fall. The new iPhone is a par-for-the-course redesign, which is rumored to be coming with sharp edges, like the latest iPad Pro. In addition, an event will allegedly be held on...