St. John’s Eve is a holy day in the Voodoo tradition. It is a ritual that dates back to Marie Laveau, the 19th-century Voodoo priestess in New Orleans. Laveau often integrated St. John into her many rituals. Laveau traditionally performed this ritual in Bayou St. John in the Mid-City neighborhood of New Orleans.

Brewsiana at House of Blues 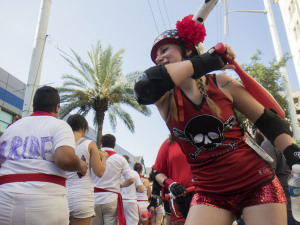 Early Saturday morning, July 9, 2016, runners dressed in white and roller girls dressed in red crowded around the Sugar Mill bar in the warehouse district. The runners fled down the street as roller girls tried to hit them with whiffle ball bats. The tenth annual Running of the Bulls is New Orleans’ less fatal version of the annual event in Spain, where people run from real bulls, putting their lives in danger. 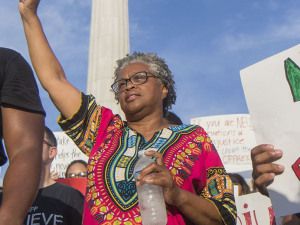 Hundreds Gather at Lee Circle Rally on on July 8

On Friday, protesters took to the streets of New Orleans, calling for an end to police brutality and violence. The rally came to a head at Lee Circle where protestors and spectators gathered to listen to speakers. Many people brought signs saying “Black Lives Matter” and “No Justice, No Peace.” The event comes after a week of high-profile incidences of police violence. Alton Sterling was killed by Baton Rouge...