Alexa, Tell Me How Amazon is Helping Victims of Hurricane Laura

As well as helping victims of the wildfires in California, Amazon is benevolently using its resources to help lessen the destruction in Southern Louisiana, particularly Lake Charles, after Category 4 Hurricane Laura struck the area. According to an article on Clean Technica, Amazon, in partnership with Louisiana Economic Development's emergency management team, has donated more than 150,000 water bottles to help residents ameliorate one of the many issues in the hurricane's wake: contaminated water. Citizens of Lake Charles requested items that they need to clean up the aftermath of the hurricane, such as generators, chainsaws, diapers, and solar light chargers. Amazon listened to these requests and has provided and delivered these items in partnership with the Governor's Office of Homeland Security and Emergency Preparedness and World Hope International, which, according to their website, "is a Christian relief and development organization working with vulnerable and exploited communities to alleviate poverty, suffering, and injustice." Amazon's website states that they've donated "more than 170,000 bottles of water, 16,000 KN95 masks, and over 185,000 food items" to California.

Amazon has also curated a charity list that makes the process easier for citizens to donate. The list includes charities such as the American Red Cross, the Saint Bernard Project (SBP), Save the Children, and Feeding America. Amazon allows those who help to choose between donating cash and donating essentials; for example, it is possible to donate cash to the American Red Cross, and it is also possible to donate cash and essentials to Save the Children. Donations can easily be made with one spoken sentence, as Amazon created a feature on their notable voice-service Alexa that, according to their website, responds to "Alexa, make a donation to Hurricane Laura relief at the American Red Cross."

According to NBC News, there have been at least 24 deaths due to Hurricane Laura. Also, cities in Louisiana and Texas now face damages that have cost them between $4 billion and $12 billion. Officials in Louisiana claim that Laura was one of the strongest hurricanes to hit this state. The damage of the storm is still affecting communities in South Louisiana, and Amazon's help will not go unnoticed. Louisiana Governor John Bel Edwards expressed gratitude towards Amazon by saying, "We are grateful for Amazon's continued support and partnership, as it allows us to get emergency aid and critical supplies directly to residents in need quickly and to provide immediate relief."

There's nothing like a hot cup of coffee to get you through the long work day, and some places are better suited to providing some good coffee. Luckily for us locals, New Orleans was recently ranked as one of the top coffee cities in the United States. According to a... 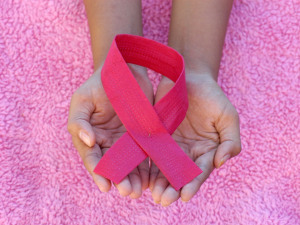 The fall is already exuding the spirit of giving. A lot is going on in the city, and what it has to offer is sure to ease everyone's minds. PJ's Coffee of New Orleans is partnering with Ochsner Health and Ochsner Cancer Institute's "All In Against Cancer" initiative to raise money for medical treatment and new cancer therapies and research this fall. PJ's Coffee customers from anywhere in the nation at participating locations can... 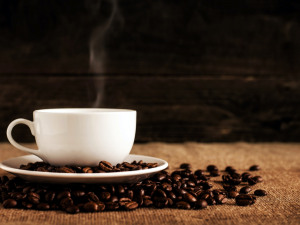 NOLA Ranks High as a Caffeinated City, But Not for Pumpkin Spice

According to Roasty Coffee, New Orleans ranks as America's 9th most caffeinated city. You're probably tweaking off your double shots of espresso right now just reading this—and that's ok! It's most likely part of your morning routine to make your own cup of coffee or grab one from your local coffee shop. Many of you are college students and probably bleed coffee! It's actually funny how places in the city that aren't even coffee...