Especially in the United States, polio as a disease is an extremely rare case; it borders on being an afterthought for many when it comes to health risks. Unfortunately, this is not the case for those in the extreme minority and those in other countries. A debilitating disease that leads to a potentially fatal paralysis, the poliovirus has been battered but not yet broken. On this year's World Polio Day, which is October 24, Rotary International is hosting events all across the globe to aid the continued and soon-to-be victorious push for the worldwide eradication of polio.

The event will have multiple experts and informational panels, designed to educate all involved on not only how the poliovirus is still affecting vulnerable communities worldwide, but also how we can help to put the virus down for good. These events will have donation opportunities as well as a multitude of accounts from those on both sides of the fight against the virus. You can both locate and register for any of these by visiting the World Polio Day website HERE.

For most Americans, especially right now, polio often doesn't even figure on the laundry list of health issues and risks at hand. Indeed, there is a different malady that has been eating up all of our time and continues to do so. Polio's diminutive stature was not always the case, however; the poliovirus was once the scourge of a myriad of American children. According to the CDC, over 35,000 people were annually debilitated by the virus. Of course, the (perhaps best known for its oral nature) vaccine was a massive success, and cases dwindled to negligible numbers within a few decades. Other countries, particularly poorer regions, have not been so lucky, and ridding the world of the disease entirely is Rotary International's end goal in setting up these events and fundraisers.

It is rare that we, as a people, find ourselves on the cusp of something so momentous as completely eradicating a virulent disease; indeed, it seems like every war we wage in this category is never-ending and simply a battle of attrition. The fight against polio is different, though, because we truly are at the cusp of its annihilation. So, make it a point to show your support this October 24 and help this noble cause achieve its now-tangible goal.

For more information on polio and helping to end it, click HERE.

More From Health and Wellness

How Does Your Garden Grow: Planting Spring Sprouts

It's March! We're at the tail end of winter and the awakening of spring, which means lots of beautiful days and fresh blooms, but also unpredictable, fluctuating temperatures here in Louisiana. As a gardener, that means that it's time to plant your heartier cold-weather... 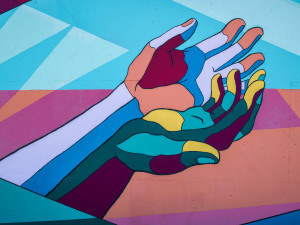 The Metropolitan Human Services District is holding its 3rd quarter Health & Wellness Fair on March 11, 2021. This hour-long webinar will begin at 1 p.m. It is a public event in partnership with other community agencies to share resources and services with a focus on COVID-19. Registration for the free webinar is now open. Located on the Westbank on 3100 General De Gaulle Dr., MHSD serves individuals in Orleans, St. Bernard,... 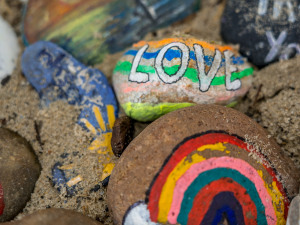 Dr. Martin Luther King, a man of great wisdom and valor, once eloquently asked, "Life's most persistent and urgent question is: what are you doing for others?" In a world that often seems cold and despondent, helping our fellow brethren is more than likely an afterthought. For some, the thought of showing kindness is lame, unnecessary, or simply "doing too much." For a select few, however, benevolence is a dominant force that lives in...