New Orleans Center for Creative Arts and University of New Orleans graduate Brandan Odums has all the makings of a hometown hero.

CEO and creator of 2-Cent Entertainment, Odums mixes knowledge and entertainment in his efforts to enact social change and collecting throngs accolades along the way. 2-Cent Entertainment began in 2005 on the campus of UNO, as Odums put it, "a form of expression among young people." The group has grown to produce award-winning online media content and community building projects including a festival in conjunction with Scholastic, which donates 10,000 books a year. They also assist a summer camp hosted by Nola For Life which allowed up to 30 public school students an opportunity to express themselves in a positive media setting.

"I created 2-Cent as a freshman at UNO. I had the idea to create this, "Video TV show", as I called it. I reached out to a bunch of friends and people I knew at UNO at the time and asked them if they wanted to be a part and they all agreed. We created what we called a TV show but was really just a video we wound up screening around campus to other classmates and teachers. In the beginning it was almost an extra-curricular activity; something we wanted to do for fun and each person brought a piece of themselves into it."

From that original project, Odums and 2-Cent TV has been a constant force on the youth scene over the last eight years with content equipped with social consciousness, music as the backdrop, and an artful presentation of the cold hard facts. They've gained a loyal following through continued collaborations with names such as Mannie Fresh, Kendrick Lamar, Spike Lee, and Robin Thicke, while winning an NAACP award in 2008 and a Discovery Channel Documentary Film Festival award in Documentary Excellence among others. Mostly web-based, the show wrapped up their last season on air locally in affi liation with ABC proving they are making big strides in what they call, "edutainment."

Odums has also made a name for himself creating music videos.

He's garnered himself a NOLA Hip Hop Awards nomination for Videographer of the Year in part due to his work with local break out artists including Dee-1, Trombone Shorty, Alia Fleury and even legends such as Mannie Fresh himself.

This past summer, Odums, who has an unparalleled passion and talent for street art, began spray painting powerful murals of civil rights activists and political thinkers on the walls of the condemned buildings of a dilapidated section of the Florida Projects scheduled for demolition. Posting images of the murals via social networking, public interest soon went viral as the area turned into a trendy underground art gallery he dubbed, "Project Be."

A more opportunistic person may have been inclined to claim this was the plan all along. However, Odums remains honest and steadfast about his intentions with Project Be. "How can I say it?" Odums wonders aloud. "I didn't really put much thought into it at fi rst. I just kind of left it as it was."

It turns out the success of Project Be was, as all great things are, series of fortuitous coincidences.

"A few artist friends came in from out of town for Jazz Fest," Odums expounds. "They asked me to take them to some spots where they could paint so I brought them over there. We had an awesome artistic experience where we each went to our own room and created. Afterwards we checked on each other to see what they did."

The events leading up to Project Be and the location setting of the Florida Projects, with its abundance of abandoned white walls each artist transformed into their own canvas contributed to a magic concoction of ingredients from which greatness was allowed to spring forth. However, a few more ingredients were needed.

"After they left town, they left me with a whole bunch of extra paint from the mural Jazz Fest fl ew them in to create because it's not something you can travel with. So I had this new love for this location and all this spray paint, so I would just go in there and paint as much as possible. After our summer camp was over, I would sneak out and go. It was my little vacation."

Within days of leaking the location of Project Be to the public, patrons came to admire the work and other artists flocked to the area and followed Odums' example.

"I called it, "Project Be" because somebody questioned me and asked, 'Why do you put so much time into a spot nobody cares about and is eventually going to be torn down. Or even worse, they could easily come behind you and cover your stuff up?'

"My answer to her was, it was about that moment, it was about being at that present time. It wasn't about the future. It wasn't about the past. It wasn't about hoping it was going to become something else. It was about that moment. When I was escaping to the places and painting, the moment was important to me. It was therapeutic." With all of the media attention and public acclaim due to the content of Project Be's murals, it would seem that people almost forgot what Odums and other artists were doing is inherently illegal; everyone except the Housing Authority of New Orleans (HANO), the local government entity of the Florida Projects and other public housing developments around the city, and their police force. Odums, visitors, and other artists could often be seen dodging the patrolling HANO offi cers while painting around fallen and faded, "No Trespassing" signs. This author himself was introduced to a shiny pair of handcuffs while shadowing Odums and researching this article. However, after a few close calls and threats of arrests, an uneasy (albeit temporary) truce was forged between the impressed offi cers and the artists of Project Be. No longer seen as vagrants or vandals, this group of peaceful, educated, and socially conscious young people demolished stereotypes surrounding graffi ti and street art. Soon a forgotten place reeking from eight years of post-Katrina urban decay was transformed into a place of power, inspiration, and free thought.

"I think with the pictures that are seen and the juxtaposition of the space, it brings about a certain commentary; another type of conversation about those houses and tells a story about that particular location," Odums gushes. "Just having the Black Panthers on the wall of an abandoned housing project says a lot because the black panthers fought for fair and adequate housing for people.

Those are things they wrote in 1966, and to see them juxtaposed on a wall in 2013, it says a lot to someone who's aware. It says a lot hasn't changed." As the buzz around Project Be grew, HANO began tightening the noose around the area. Citing public safety concerns, HANO patched their falling fences around the area and boarded up the houses in late August. Just like that, a summer fi lled with expression and positivity at Project Be came to a close. Talks of opening the area temporarily as a legitimate gallery have grown cold and the artwork remains shuttered from the public.

Rather than be discouraged, Odums stuck with his mantra of temporality. Not missing a beat, he remains active in the art community and even gives public lectures on the space in public school and universities around town. While he's thankful for the success of Project Be, his mind remains focused on his art, 2-Cent, enriching the community, and the future. "We're planning on making what we did this summer, those fi ve weeks with those thirty kids, a year round thing," says Odums. "Eventually we want 2-Cent to become a training facility for young people. Not just training them how to use a camera, but how to stand for what 2-Cent stands for; which is creating change and being valuable citizens in conversations on making things better. Of course, we'll still be pumping out our video content with the hopes of getting it seen on a larger scale one day."

The Spooky World of Stormy Daniels

Yes, that Stormy Daniels. Actress, model, and mom: Stormy Daniels is now a bonafide ghostbuster. Along with her crew, she's storming across the country, seeking out the dead among us and collecting proof of their existence. Her unusual path to this vocation is full of twists,... 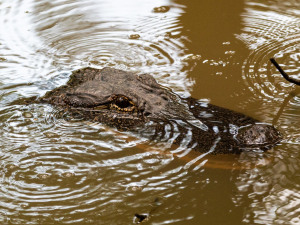 Honestly, how long has it been since you all attended a parade? Don't think too hard on that, because this news will not fail you! Louisiana Lieutenant Governor Billy Nungesser, the Louisiana Office of Tourism, and Macy's Inc. have announced that there will be a celebration of the birthplace of jazz, Cajun and Creole cuisine, and Mardi Gras in one of America's most famous parades. Of course, this is the boot, so in true Louisiana... 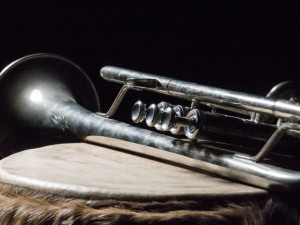 Two months ago, in August, the anniversary of Hurricane Katrina, Hurricane Ida made landfall. Many homes were torn apart, leaving families with no choice but to leave and not return. Schools were affected, and businesses suffered due to the record winds from Hurricane Ida. The damage left behind was incredibly overwhelming. The trash in front of homes can still be seen in different areas. If you take the time to ride around the...