“Vinyl is the real deal. I've always felt like, until you buy the vinyl record, you don't really own the album. And it's not just me or a little pet thing or some kind of retro romantic thing from the past. It is still alive.”-Jack White (highest selling vinyl album of 2014)

It’s uneasy [for me] to call the increased sales and usage of vinyl records a “comeback,” since vinyl’s never really left. Perhaps by “comeback” we mean “young people are buying vinyl records”. Nevertheless, the sale of vinyl records and turntables has boomed, with sales in the U.S. growing 260 percent since 2009, according to a Nielson report. Last year, the Wall Street Journal reported, “For the fourth consecutive year, vinyl sales in the United States hit record levels, surpassing 9 million units for the first time in over 20 years.”

What is the reason behind these soaring numbers? Why are vinyl records popular all over again? Is it just “how it is”? Like in fashion, how everything comes back around? Possibly. But after surveying nearly 100 locals, I found several reasons for the vinyl revival of which I am a part. Profoundly, most of the responses could be composited into four categories.

You may be asking, “Where can I buy vinyl records in New Orleans?” Here are the top five I visited.

You bought your records, now you need a turntable. Most of the stores listed above offer turntables for sale in store. However, there are other options if you can’t find a fit for you in one of these establishments. On Amazon, you can find a turntable for as little as $40 or $50. You can get a Jensen 3-speed at Target for $45. Some turntables are rather ironic, providing the option to plug in your mp3 player or phone, and also offer Wi-Fi. Others come with a simple dial radio. Some are portable and come in a cute vintage suitcase. Some Crosley turntables come in the form of a vintage radio, may it be 1920 or 1980, and include cassette players as well (also making a small comeback of its own). I’m not a turntable connoisseur, but the two primary brands I have come across are Jensen and Crosley.

To finish us off, here is the list of the top ten best selling albums of all time (according to Rolling Stone Magazine).

Let the Music Roll with a Virtual Louisiana Grammy Concert

Louisiana is hosting its own virtual Grammy celebration in partnership with the Grammy Museum. While the event carries the Grammy name, it's not an award show. It won't be the dream-crushing or dream-fulfilling contest that coronates an artist with a 6-pound, 24k gold... 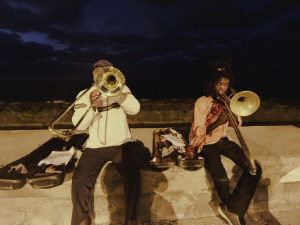 “Rise and Shine” Relief Video Will Fill You with Soul

The New Orleans Jazz & Heritage Foundation is on a mission. The goal? Help local, out-of-work musicians whose gigs, performances, and jobs have been put on hold due to the ongoing COVID-19 pandemic. Created February 8, the foundation's relief fund has already garnered over $8,000. With a goal of $250,000, there's still a long way to go on this most recent fundraising effort, though it's hardly the first endeavor. Since March, the... 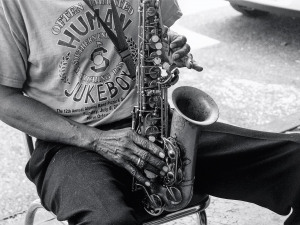 Local New Orleans musicians and cultural-bearers find themselves in a familiar struggle trying to navigate through this unrelenting pandemic. Because of the ongoing restrictions on gatherings that continue to affect the live music scene, some musicians are still finding it difficult to maintain employment. With efforts to remain resilient and overcome this obstacle, Habitat for Humanity...