Who Gives a Fork?

Reminiscing about the joy of dining out through photos of cutlery from some of city's best restaurants … both past and present.

Who gives a fork? I suppose you could say John does …

I'm going to let you in on a little secret. You know all of these fabulous amateur food pictures I post on Instagram and Facebook? Well, my endlessly talented and artistic boyfriend is responsible for approximately half of them.

When we go out to eat and the food arrives, I will take a bunch of pictures and then John will, or vice versa. Sometimes his are better and sometimes mine are. Sometimes we compete to see who can get the best shot and sometimes, to be perfectly honest, we are simply far too hungry to care.

Why am I telling you this? Well, quite often John will take out the camera almost as soon as we sit down and start taking random shots of the dining room, or the flowers on our table, or the bug crawling on the window sill or a cool light fixture. Though I like to tease that he does this to avoid unnecessary conversation (John is not a man who enjoys small talk), I honestly believe that his inner artist enjoys playing with the camera, its settings and the available light to occasionally achieve some fascinating shots.

Whenever we get home from dining out together, we go over the pictures we just took, discuss their merits (or lack thereof) and pick out our favorites. One thing that John almost always gets a shot of is the restaurant's cutlery. Whether it's a fork and spoon, a steak knife or chopsticks, he always manages to snap an interesting shot of them. After almost eight years of writing about and taking pictures of food, you can probably imagine how many of these utensil images I have.

Quite often he takes these shots just to get an idea of the light level in the restaurant. But sometimes he does it to be silly and see if he can capture a reflection of me, him, or even the server. Generally though, I think it's about eye-catching textures and capturing different colors and effects.

For a long time, I had no idea what I should do with these images. I toyed around with the idea of posting one and asking folks to guess where this particular cutlery came from, but I finally came to the decision to post them just as they are … which is art.

My boyfriend, or let's face it, my husband (we've been together for 15 years this April) is one extremely talented individual. He studied fine art at LSU before we fell in love and for a bit he pursued a career as a graphic designer. But, unfortunately, he tired of employers wanting his work to be quick and dirty instead of artistic and unique, so he backed out and followed an alternate route.

Thankfully, we still can appreciate his intrinsic gift through photography, even if it is only a bunch of pictures of flatware.

Which is your favorite?

***Enjoy more blogs by Kim Ranjbar at sucktheheads.com, and follow her (and her photos) on Instagram @sucktheheads and @nolafoodpron.

Who Gives a Fork?

Reminiscing about the joy of dining out through photos of cutlery from some of city's best restaurants … both past and present.
Who gives a fork? I suppose you could say John does …
I'm going to let you in on a little secret. You know all of these... 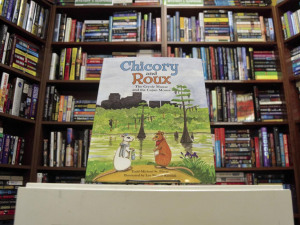 "Be proud of where you come from!
Be thankful for what's on your plate.
The grass always seems greener
in another part of the state!" -Chicory & Roux: The Creole Mouse and the Cajun Mouse Children's book and cookbook author Todd-Michael St. Pierre has made a career embracing who he is and where he comes from. Born in Jefferson Parish on a Monday when "his Mama was making red beans and rice," St. Pierre has a... 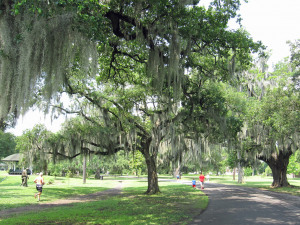 Tales From the Quarter: Lessons Learned?

The news, our world, and this city's well-being changes daily. I began writing this column in the hopes that it would end up in a print issue that would find its place back inside our bars, cafés, and coffee shops. I had hope for businesses to be re-opening to a local culture and economy that would be well on its way back up to speed. Today, I am not so sure. But regardless of when this happens, sooner...