Vacation at a luxury 5-star resort never gets old.  But staying at a true heritage icon--an exquisite 20th Century-built grande dame if you will--that is an experience that never leaves you.  There amidst the requisite fine furniture, linens and state-of-the-art modernities comes an intangible aura of days gone by that transcends something that a 21st century property could ever provide.  As a guest, you become a part of all of the property's past moments; eras that have flipped by like pages of a book but still left their mark.  Decades of trends, fashions and the advances in technology--nothing quite captures the nostalgic markings of time like a resort that has withstood the test of time.  And knowing that perhaps the ghost of some famous politician, royalty or movie star might have graced your path, dined at your table or sat on your bar stool--that adds a dimension to travel that few ever experience.  The Breakers Palm Beach is just such a place. 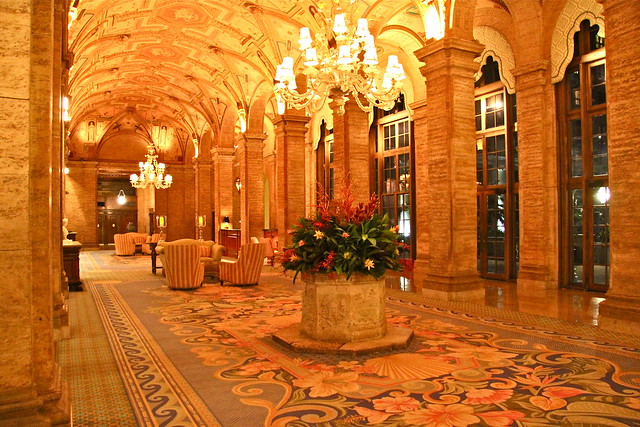 Build a railway to get some R&R

When Henry Morrison Flagler first laid eyes on the island of Palm Beach in the late 1800's, the 5 mile-long, 1/2 mile-wide area of land looked like a long stretch of inaccessible scrub land bordered by a lake on one side and a gorgeous stretch of the Atlantic Ocean on the other.  But as he had many times in his professional career, the industrialist Flagler saw opportunity.  Flagler had built a fortune in oil as John D. Rockefeller's partner in Standard Oil and began buying and building railroads cutting through the raw eastern coast of Florida, developing the areas along the way to reach the paradise he envisioned.

In 1893, Flagler christened the Royal Poinciana Hotel which became the largest and arguably grandest hotel in the world at the time with 1,100 rooms and could accommodate 1,750 guests.  Its success spawned the construction of a sibling in 1896, The Palm Beach Hotel, which lay down on the beachfront portion of the Royal Poinciana footprint.  Despite the buzz of the Poinciana, a growing defection of guests began asking to stay "down by the breakers" and in 1901 Flagler obliged by renaming the property "The Breakers."  No motorized vehicles were allowed on the property and most guests still arrived by horse and buggy.  In 1904 the room rate was $4 a night and included 3 meals a day.

Back to the Future

Today's Breakers actually could be considered Version 3.0.  Fires in 1903 and then again in 1925, set by the mayor of Chicago's wife's "new fangled" curling iron, yielded the Italian Renaissance masterpiece that reopened in 1926 and still towers over the beach today.  An amalgamation of Italian styles are at play:  the twin Belvedere towers flanking the main building derive inspiration from the Roman Villa Medici; the main lobby, a sprawling hall of high-arched, hand-painted ceilings and Murano glass chandeliers models itself after the Great Hall of the Palazzo Carega (circa 1560) in Genoa; and a massive fountain like one seen in the Boboli Gardens in Florence dominates the front drive leading to the motor lobby.  Other common rooms such as the Circle and the Gold Room offer equally stunning old-world design and hand-crafted construction that could never be recreated in today's economies of scale.

Building on the extraordinary foundations of the original structure, the current ownership, descendants of Flagler himself, are putting fiscal backing into not only preserving the old world spirit but also staying ahead of the rigorous demands of the luxury traveler by investing a jaw-dropping $250 million over the past decade into renovation and expansions.  That figure is even more amazing when you consider that the current structure cost only $7 million to build originally. 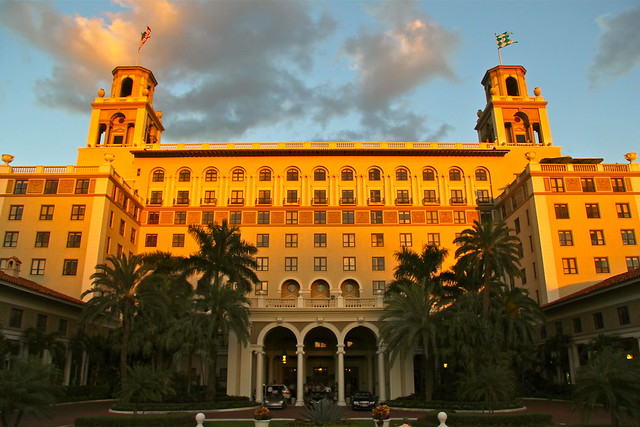 All In the Family

Aside from the picturesque environments from the guest rooms to the impeccable landscaping, the Breakers exudes none of the formal Victorian stuffiness you might otherwise expect from a heritage 5-star resort.  The Wall Street Journal bestowed the property with the "Best Family Vacation" nod, and that goes beyond just having babysitters on site.   A clear emphasis of accommodating every age and every whim resonates throughout the operation.  From toddlers to teens, the activities and "kid-friendliness" delivers a distinctive happy place for families in all stages.  The Breakers creates environments that families want to be part of, both together and on their own.  A comprehensive kids program, five different pools, nine outstanding restaurants (both on an off property), 36 holes of championship golf, a 20,000-square-foot spa and a handful of top-shelf on-site shopping boutiques pretty much addresses anyone's vacation desires.  And the staff, a diverse crew capable of speaking 50 languages, possess a refreshingly un-robotic esprit de corps, almost certainly a result of working in a "family-owned"environment free from corporate chain rigors. 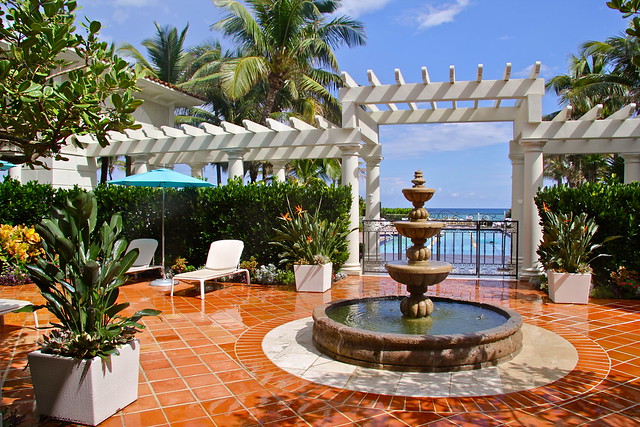 But if anything, a visit to the Breakers will be remembered long beyond a blissful massage, sublime frozen drink or epic meal.  The magic will is the knowing that Charles and Diana once danced, Eleanor Roosevelt drank tea and Bette Davis once sashayed nearby.  A stay at the Breakers allows you, for just a short time, to become part of that amazing history…and do it in true Flager/Rockefeller style.

The Breakers Palm Beach, a AAA Five Diamond property listed on the National Register of Historic Places. 888-BREAKERS or www.thebreakers.com

While you will find little need to wander off the property, shuttles run from the property into downtown Palm Beach and drop off at the property's in-town restaurant, Echo.

Room rates range from $550 single or double occupancy in winter season.  In summer, rates start at $299.