Football is back, New Orleans.

In what is sure to be one of the strangest football seasons imaginable, the NFL and several major college football conferences returned to action this weekend. Most stadiums were without fans, replaced instead by piped-in crowd noise.

While fans across the country were mostly relegated to their homes, the spirit of football, camaraderie, and fun returned. For the first time in several months, a sense of normalcy was restored, even if it was for just a few hours.

In honor of the potential final season opener of Drew Brees's illustrious career under center, here are nine thoughts on the Saints' 34-23 win over the Tampa Bay Buccaneers.

1. It's fitting during an unpredictable year that the Saints' first play of the season was a pass to Taysom Hill, the jack-of-all-trades backup quarterback who has emerged as one of the more unlikely weapons in the NFL over the last couple of seasons. Run, pass, catch—and now, change diapers—the recent new father does it all.

2. Tom Brady in a non-Patriots uniform will take some getting used to, but it was a special sight to watch two of the greatest quarterbacks of all time duel in the Superdome. Two decades in, and Brady still has the competitive fire that's made him a six-time Super Bowl champion. The intensity of his celebration after he called his own number near the goal line for his first touchdown as a Buccaneer was proof of that.

3. Alvin Kamara seems to be worth every bit of the five-year, $75 million contract extension he agreed to on Saturday, putting up two touchdowns (and almost a third) against Tampa Bay. I'd argue that that amount is still too large of an investment in a running back, but if Kamara continues to produce like he did on Sunday for the rest of the season, the Saints' status as contenders remains strong.

4. Despite the intriguing storyline, the Tom-pa Bay era of Brady leading the Buccaneers is off to a rough start. Brady tossed two interceptions, including a pick six, and was sacked three times. Thanks to Saints cornerback Janoris Jenkins, Tom Brady became the third quarterback in NFL history to throw pick sixes in three straight games, dating back to his final two games as a Patriot last season. Welcome to the NFC South, Tommy B.!

5. Margus Hunt has the makings of the latest Saints folk hero. The 6'8" Estonian defensive end made his gigantic presence known in the second quarter, when he bulldozed through the line and blocked a Buccaneers field goal. It goes without saying that he's already on my short list of greatest Marguses of all-time.

6. The return of the Marshon Lattimore-Mike Evans feud was perfect. There's no love lost between the Saints cornerback and Buccaneers receiver, just good old-fashioned divisional rivalry hate. The pair's trademark chippy relationship came to a head during an altercation when Lattimore lost his helmet, and the Saints ended up with a penalty. The referee always catches the second player in an on-field fight, hopefully something Lattimore remembers for future games.

7. Leonard Fournette's Domecoming was very underwhelming. Since the former LSU and St. Augustine star was recently signed by the Buccaneers, we knew it would take some time for him to get up to speed, but tallying only 19 rushing and receiving yards combined was abysmal—like, shades of the 2015 LSU-Alabama game abysmal.

8. Like many of the players, Brees looked rusty, but he played his typical brand of mistake-free football and even flashed a few long throws downfield. With more talented offensive weapons surrounding him than ever before, Brees doesn't have to be perfect for the Saints to succeed this season, but he does need to be better than 18-for-30 and 160 yards.

9. Although Kamara's final touchdown was reversed, you've got to love the Saints keeping their foot on the gas by pulling out a tricky double pass to hit Kamara and set up the Saints in the red zone in the final two minutes. When Tom Brady's on that opposing sideline, go for the jugular.

Andrew Alexander is a contributing writer, football fan, and unofficial President of the Arch Manning Fan Club. Follow him on Twitter at @TheOtherAA and listen to the Krewe du Drew podcast.

Season in Review: Saints Fall Short of Super Bowl but Still Give Us Memories

The heartbreaking moment all Saints fans dread finally arrived last Sunday. New Orleans's season is officially over, after losing 20-30 to Tom Brady's Tampa Bay Buccaneers in the divisional round of the NFL playoffs. There's plenty of speculation that the loss was Drew... 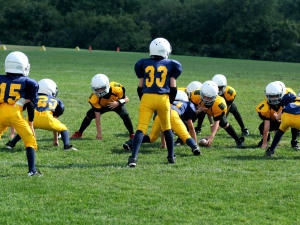 Nickelodeon is coming out of the tunnel as a new choice for watching the playoff game. On a typical game day, Saints fans would tune into Fox or CBS, but this week's NFL Wild Card Game has a wild-card channel. Well, not technically a channel—the Nickelodeon broadcast will only be available to stream via the NFL App—but the unexpected pairing of football with Nickelodeon has us intrigued. And yes, there will be... 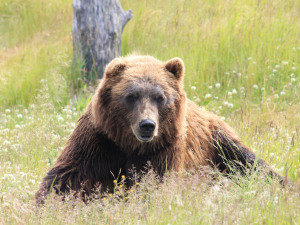