Being a DJ and producer offers the kind of creative freedom few musicians have—you can work when and where you want, and balance multiple projects at the same time. It's the perfect lifestyle for Martin Arceneaux, aka Quickie Mart. In addition to recent local showings at the 2013 Buku Art + Music Experience and the Red Bull Thre3style DJ competition at Republic, the dubstep/ hip-hop producer recently added managing his own label, Super Mart Produce, to his increasingly prolifi c musical juggling act. Where Y'at sat down with Quickie Mart to fi nd out what lies in store next.

Where Y'at: You got your start as a professional DJ in New Orleans 13 years ago. What made you want to start your own label?

Quickie Mart: The label [Super Mart Produce] is a way for me to market friends, co-collaborators and other musicians that I believe in. We have a partnership with Ingrooves Fontanta, which is the largest independent digital distributor, with 700 digital retailers worldwide. I don't take a cut. My interest is promoting them, and EDM, in a way they may not have otherwise. We currently have 15 artists and put out 10 releases in our fi rst year alone.

WYAT: In an age when rock no longer has any edge, I feel that DJs are the new rock stars of the moment.

QM: Defi nitely. EDM has been huge in Europe for some time now, and it surprises me it took so long to come over here. The appeal is so widespread because it [dubstep] covers such a massive spectrum of styles: drum and bass, reggae, hip-hop, trance, crunk, electronica. Listeners get to explore and experience so many infl uence.

WYAT: What influcenes your art outside of music? How do you relax?

QM: Truthfully, since I moved back to New Orleans (from Los Angeles), I've mostly just produced—sometimes up to 16 hours a day. I read a lot...I like to go to Audubon Park and read by the fl y. I read a lot of philosophy, politics, topics that impact the world.

WYAT: Interesting. As a DJ, does any of this make its way into your music?

QM: No; I'm somewhat limited in this regard. Being a DJ, I can mash up and draw infl uence from any style of music composition imaginable, but it's diffi cult to incorporate your thoughts and feelings on topics like this. It's a shame, because musicians today aren't tackling heavy topics like this. There are no Public Enemy's or Rage Against the Machine's in 2013—I can't recall anyone who's done anything like that in years. But for me, how do you do that as a DJ? I guess I could lay spoken word over the beat, me talking, but no one would listen to that.

WYAT: Speaking of Public Enemy, you produce hip-hop in addition to EDM and mashups. How's that going?

QM: Great. I actually just produced an album with longtime friend and collaborator Gotham Green called Haze Diaries Vol. 4. It took us forever to get out: he moved to New York during the beginning of production, and back here around the middle. It was a lot of emailing back and forth, and working together to do the songs over the Internet. In a lot of ways, Haze Diaries is a passion project more than anything—it's really a style of hip-hop that is no longer popular. Though the lead single got a good amount of press, and was mentioned in a number of outlets, like XXL and Source.

WYAT: Where is there a good, consistent electronic music showing in New Orleans? Where do you go to check out EDM—or local music you enjoy in general?

QM: To be honest, I'm trying to get out more, discover more local talent. Church (formerly called Bass Church) at Dragon's Den has a good showcase of electronic music.

WYAT: Given the recent popularity of electronic music, as well as doing remixes and mashups, is it difficult as a producer to keep up with current musical trends?

QM: The less outside infl uence I have—unless I am looking for it—the better my catalog is, and my label's catalog is. You need to stay true to yourself to be unique and make music you can be passionate about.

WYAT: As a producer and DJ, you must have listened to countless records over the years. If you were trapped on a desert island with only one album, what would it be?

QM: Wow! It would have to be something prolifi c, with a lot of different sounds. I was mostly infl uenced by hip-hop...there are a dozen hip-hop albums I could name, but I guess it has to be something I wouldn't get tired of listening to. I'll go with Ween's Chocolate and Cheese album. If I'm going to be alone on an island, slowly going insane by myself, I'll want some crazy songs to sing along to. If I'm going to go mad anyway, why fi ght it—embrace it! It's the perfect soundtrack.

Quickie Mart's latest, Space Monkey Radio EP, is available via his website at DJQuickieMart.com. Catch him at Church at the Dragon's Den on March 31.


In 2012, Quickie Mart started the label Super Mart Produce. His recent collaborations can be found at SuperMartProduce.com.

Quickie Mart fi res up a bong hit of chilled out, bass-heavy beats with a West Coast infl uence for New York MC Gotham Green to fi re up his gritty, street savy lyrics to. "Spaced" is one of the album's most entertaining—and undoubtedly smoked-out—tunes. Similar in feel to OutKast's "Elevators," the track ends with a sample of David Bowie's "Ground Control to Major Tom".

Band, You're Dead With Jes Hudak

Bang, You're Dead is a soul/electronica collaboration between Quickie Mart and pianist/soul singer/songwriter Jes Hudak. "Alive" and "Meat Market" have a bluesy, low-fi temperament mixed with spacey electronic samples (and hip-hop collabos on "Meat Market"). The project's name is more amply given its due on "Second Chance," unleashing seismic dubstep echoes.

On Computa Games, Quickie Mart swaps heavy bass and dubstep-pulse for chilled out, funk-inspired electronic grooves. "Rock Creek (Revenge)" has a defi nite '70s vibe, as does the trancy/trippy "Let Me Down". "Collapsar" stands out as being more ambient and relaxing; like "Let Me Down," it is a trance track, but more meditative than psychedelic. 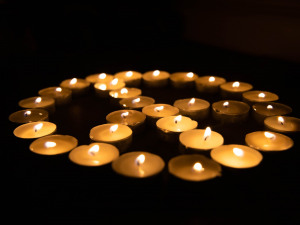 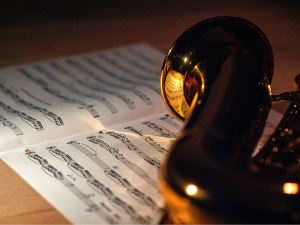