A few weeks ago, I made the mistake of posting on social media that I believed that there was no justification for looting, the destroying of private property, and/or violence in what should be civil protests. I released a virtual sh*tstorm of responses, one of which accused my viewpoint of being naive and clouded because it was coming from a place of "privilege." I was enraged. I immediately dusted off my cred resume to check off my qualifications for the miscreant who would dare to label and libel me with this poison arrow that went to my heart. Privileged.

Raised poor: check. Single parent, five children, on welfare, in the projects: check, check, check check check. Mistreated and maligned: check again. Second-generation American, Vietnam-era veteran, retired and living on social security: That's me. Who would have the nerve to think me "privileged"? This conundrum kept me from getting the peaceful rest that I so well deserve (and have earned), causing me to ponder both weak and weary.

There was no systemic racism in my young world, per se. Everybody almost instinctually distanced themselves from anybody and everybody who was not of their class, religion, and background. We were biased against (and were suspicious of) Aryan Eastern Europeans, Asians, Blacks, Latinos, swarthy Mediterranean types, Jews, Protestants, intellectuals, anyone possibly Socialist, Fascist, or Communist, and the possibility of persons who would become known as the LGBTQ+ community. Also, those who had more money than we did, certainly those who had less, and anyone who rooted for an out-of-town sports team. In short, everyone around us. We all got along in social and public places (even making friends), and we never pictured those people or ourselves as being underprivileged or disadvantaged—just different from us all and everybody else.

I was a difficult child—imaginative, intelligent, insecure, and headstrong. I got in trouble, pushed boundaries, and avoided conformity, doing as I pleased, when I pleased. What was I rebelling against? In the words of Johnny Strabler (Marlon Brando, The Wild One, 1953), "Whaddya got?" I never considered myself part of a privileged class, until the other night when the "get a clue" phone rang, and the voice on the other end said, "But, you're white."

It's true. I am white. Walking down the street, entering a business, congregating with other white folks and being out and about in general, I appear harmless and nothing to be apprehensive about: "It's okay, it's just some old white guy."

When applying for a position or attention, I'm out on stage in my "normal" clothes, and I put on my "white" vocal accent and use my "white" enunciation, and there I am: the old white guy. I know how to work the system. I can rent pretty much anywhere I want and can afford. I don't appear suspicious, so any time I walk into a saloon, the bartender wants to know what I want to drink, instead of making sure that the cash register is closed before serving me. I don't look tough, so that's a plus. I don't act tough, because, basically, I'm not. I'm pretty much accepted anywhere I go because I'm just some old white guy. I don't know what it's like to be Black, Jewish, Hispanic, Palestinian, gay, a woman, a person with disabilities, someone forced to live on a reservation, or anyone else who gets singled out for abuse or dismissed for no apparent reason, except that they are who they are.

Self-actualization comes slowly, and with my short attention span, I had to repeat to myself the fact that in the real world, I am invisible and pretty much immune to the reality that there are people out there having legitimate beefs with the world at large because the world believes, in reality, that they don't, in fact, matter. That old song: "The whole world is teeming with unhappy souls. The French hate the Germans, the Germans hate the Poles, Italians hate Yugoslavs, South Africans hate the Dutch, and I don't like anybody very much" fits well. And then, the oppressed have the nerve to bitch about the oppressor. The nerve.

In the screw-or-be-screwed world that we live in, there seems to be little hope for what our venerated religious saviors have instructed us to do: love one another and treat one another the way we wish ourselves to be treated—with kindness, respect, and dignity, with fairness and equality. Is that so hard of a pill to swallow? Obviously, it is.

Well, I'm still rebellious, and although, in the scheme of things, I'm still immune from the challenges that persist, I believe that seeking justice is the highest form of rebellion. So, I'll continue to rebel against racism, sexism, classism, slavery, ageism, and bias. I'm for equality and the betterment of education, wages, and housing, and the protection of the environment. And, most importantly, I'm against labels, boundaries, and walls that keep people apart from one another.

What I believe we need is for a level of intelligence to become common that will allow all of us to see past our preconditioned and preconceived ideas. All living beings need to feel safety in movement and environment and to be able to live free and without constraints. None of us should feel the need to protect ourselves because we feel threatened by someone or something different than ourselves, and we should live the faith that that is totally and unequivocally reciprocated. We should put an end to hate and hurt. It's proven to have a counterproductive track record.

Also, I still believe that there is no justification in looting, violence, or destruction in civil protests. But what do I know? I'm just this old white guy.

It's been said, many times and in many ways, that music heals and lifts us up. Music can lift me from the grip of lethargy or depression; it's Adderall for my focus, an analgesic for my arthritis, and an endless fountain of youth. Take the other day—my feet were almost... 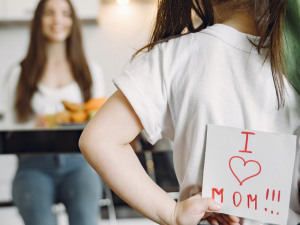 Po-Boy Views: Birds Do It or Mother’s Day

The story goes: Boy meets Girl meets Girl meets Boy and they fall in love. Girl loses Boy loses Girl (a misunderstanding, infidelity, unforeseeable distancing, or that old saw "I need more space"). Then—viola! Boy and Girl get back together; there's romance, adventure, mystery. And the next thing, Girl's in a white dress with bridesmaids; Boy's in a tux with groomsmen. They say "I do" and go on a honeymoon; settle down, have beautiful... 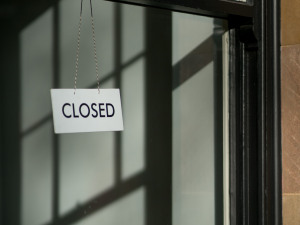 Tales From the Quarter: Pass it Along

Every time someone of a certain age passes, they take with them a bit of our history, which, if not documented or passed on to another culture bearer, may be lost forever. As New Orleanians, as Louisianans, we are the recipients of some remarkable creativity. And this is a collective of creativity—yes, collective because anyone worth their salt here adds to the magic, which is perhaps more powerful, more pungent, here than anywhere...