"As I'm sure you know, music is the gift that Louisiana gave the world," said Grammy-winner Dee Dee Bridgewater. A video that she was a part of called on Congress to support the immediate passage of the RESTART Act. This act would provide small and medium-sized businesses, including music venues, with cashflow to help compensate for the fall in their revenue caused by COVID-19.

The act is part of an effort to support Louisiana musicians. New Orleans musicians are gathering behind the bill, culminating in the aforementioned video of numerous Grammy Award-winning and -nominated artists like Bridgewater and many more. Other supporters of the bill include renowned musicians such as Preservation Hall's Ben Jaffe, Tarriona "Tank" Ball of Tank and the Bangas, Galactic's Stanton Moore and Robert Mercurio, and Chubby Carrier—all in support of the National Independent Talent Organization (NITO) and the live music system that is the beating heart of the state's cultural economy.

The RESTART Act, which is the topic up for debate, would authorize a new loan program that would provide funding to cover six months of payroll, benefits, and fixed operating expenses for businesses that have been significantly impacted by the virus. A share of the loan will be forgiven, the amount of which will be based on the losses in income suffered by the business in 2020, while the rest will be paid over seven years. No interest payments are required in the first year, and no principal payments are required for the first two years.

To give you some perspective on the economic impact of the music industry that is at stake: In 2019, collectively, more than 40,000 concerts were booked by NITO's members across the U.S. This sold over 12.5 million tickets and generated over half a billion dollars in gross ticket sales. The impact is big, and the music of New Orleans is at stake.

Musical festivals and events going online allows for artists to reach greater audiences, but it also allows people to still enjoy the music of New Orleans even when most live-music venues are currently closed. Many music foundations and... 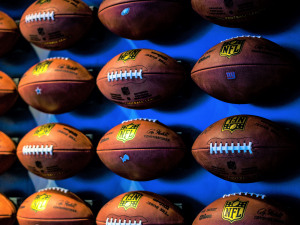 Where to Watch the Saints Beat the Raiders This Monday

After the Saints' win against the Buccaneers this past Sunday, who else wouldn't be pumped to see them get another win this coming Monday? Social distancing and mask-wearing are still in effect for our favorite watch parties, so if you want to get out of the house to watch the game, here are five places to check out as you watch the team go against the Raiders on the big screen. Rivershack... 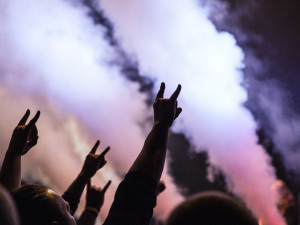 Those long-gone days when we all congregated together, listening to one or more of our favorite artists, seem so far away. For many, 2020 has felt like a decade wrapped into one year, and live entertainment, especially music, has been dearly missed. When the pandemic first started and we were all quarantined, artists were finding their own ways to stream performances live to your...