In 2010, Haiti was reeling from the earthquake, political unrest, and a cholera epidemic. That year, a group of musicians living there formed Lakou Mizik.

This multi-generational collective is working to preserve Hatian music traditions at the same time as they are updating the sound by incorporating modern dance hall beats. Some of their musicians grew up in the catholic church, and bring that influence into their songwriting, while others bring a background in voodoo spiritual music, troubadour marching bands, or pop sensibilities.The songs they write celebrate the resilience of their country, and the pleasure of day-to-day life in Haiti.

While they were in town for the Folk Alliance Conference this past weekend, Lakou Mizik found time to talk to us about their new album, HatiaNola.

"I met the band after the earthquake, ten years ago this month. I wanted to work with musicians to tell a positive story about Haiti and I ended up, luckily, meeting Steve," said American producer Zach Niles.

Guitarist and vocalist Steve Valcourt and vocalist Jonas Attis were working on a project similar to the one that Zach Niles had planned to start, so they joined efforts. Then they reached out to other artists to build their line-up.

The band released their first album in 2016. In 2017, they played at JazzFest, and were struck by the city. While they were here, they came up with the idea for HaitiaNola, an album centered around collaborations with New Orleans artists.

The connection between Haiti and New Orleans runs deep--when enslaved Haitians revolted against their French masters and eventually won their freedom in 1804, refugees escaping the fighting funneled into New Orleans. The city doubled in size and took on a new cultural identity. New Orleans music still carries a Hatian influence, and the new album from Lakou Mizik digs into that connection.

"Most of the album was recorded here. They got a lot of support from the New Orleans music community to produce the album. And by support I mean musicians volunteering their time, people volunteering or giving us discounted use of their studio, so they worked in a number of studios across the city," said Jacob Edgar, the band manager.

Zach Niles started out by reaching out to Arcade Fire, who he'd worked with before and who have been involved with work in Haiti, and they put him in touch with local producer Eric Heigle, who agreed to produce the album. The director of the Preservation Hall Jazz Band, Ben Jaffe, donated time at their recording studio to the project, and so did Arcade Fire. Parts of the album were recorded in Haiti and Montreal.

In the final product, exuberant vocals and infectious drumbeats run through the album. The songs feature Tarriona "Tank" Ball of Tank and the Bangas, the Preservation Hall Jazz Band, Cyril Neville, Anders Osborne, John Cleary, Trombone Shorty, Leyla McCalla, The Soul Rebels, the Lost Bayou Ramblers, and King James of King James and the Special Men, among others.

Vocalist and Guitarist Steve Valcourt said that before they started recording he thought it could be hard to communicate with the guest musicians, because of the differences in their musical backgrounds and because of literal language barriers, but it was easier than he expected.

"For example, we have the same traditional marching band but we call it Rara. So when we say we're gonna do a Rara, here they're not familiar, but they start playing a second line and we're like yeah that's it. Some of us don't speak English or some of us don't speak French, but music is a language in itself," said Steve Valcourt.

Percussionist and vocalist Sanba Zao explained, through translation by Zach, how Lakou Mizik uses voodoo rhythms and themes in their songs. Sanba Zao shows their work to the elders in the religious community to make sure that they feel that the spiritual content in the songs is treated respectfully.

Some of the songs address a need for political change, like corruption within the NGOs.

"If you have a moment where we have a lot of problems and people use that moment to change the numbers, and people send money and they take that money and do something else with it-- everybody is doing their own thing, but now it's time for us to do the right thing," said Steve Valcourt.

At the same time, "a lot of their songs aren't pointedly political but they're talking about unity and pride," said Zach Niles.

Zach Niles asked vocalist Jonas Attis which lyric he's most proud of writing, and Jonas pointed to the chorus of a song called Pistach Greye, meaning "grilled peanuts". The line translates to, "Peanut seller, give me a taste of your peanuts, let me see if there's enough salt".

It mimics dialogue directly from life, and conveys a situation that's both common and particular. Zach Niles says, "it shows the little moments of pleasure in Haiti-- you're trying to find out if you like the peanuts, the seller is excited because they know that there's enough salt on it, and it's this moment that's so specifically Hatian. I think that's a good example of what Lakou Mizik does with their lyrics."

This past Sunday night Lakou Mizik performed at Tipitina's as part of the Folk Alliance Conference. They play again on February 14th, opening for Arcade Fire at the Mahalia Jackson theater. Tickets for the show are available here, and the new album is out now.

If you're wistfully reminiscing about your favorite concerts at Tipitina's, or just missing live music in general, this solution might come as a surprise. Soon, you will be able to hop on the internet and tune in to Tipitinas.TV, presented by Crystal Hot Sauce.... 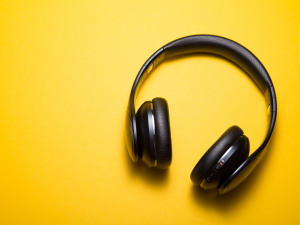 Let's face it, music has most likely been your best friend during the past few months in quarantine. Whether you are cooking, taking a shower, working out, or just having a dance party on your own, you are probably tired of streaming the same seven songs that you have been listening to since quarantine started. If that is the case, we can help. The list below includes five of the newest albums or songs...