Is the Census Bureau Under a Restraining Order?

You know those people who keep ringing your doorbell and calling you on the phone, trying to get you to fill out the 2020 census? A new legal debate is currently examining how much longer they will be knocking on your door.

In California, a federal judge issued a temporary restraining order against the census bureau that prevents them from slowing down their efforts, due to the new 2020 census deadline. The September 17 court hearing will determine whether or not a request will be instated for census counting to continue through its original October 31 date. Trump's administration requested that the census counting stop one month earlier on September 30 and began legal actions regarding changes to the census bureau's schedule and their deadlines. According to an article from the National Urban League, the restraining order ruling will give the census time and keep the administration from stopping count, as the original October date was chosen to account for delays due to the COVID-19 pandemic.

The judge noted that the original October date can help to allow for accurate census counting. The judge emphasized that an incorrect count from the last-minute census date change could be damaging, as census counting impacts funding, resources, and services for state and federal governments for the next decade. There is also a concern that an earlier census date will not account for adequate calculations for each individual in the United States. The 2020 census associate director Al Fontenot believes that census workers are additionally impacted by changes to the census bureau. Fontenot explains that the bureau has already let some workers go, and there may be difficulties in getting workers to return, suggesting that the sooner the Trump administration can extend the counting, the more census workers will be available to work.

The census bureau indicated its increasing efforts to provide the president with first numbers of the census before the end of 2020. Though without necessary time, census results may suffer. Fontenot states the the census bureau has exhibited great flexibility and must be assured of what time is available to allow for the bureau to conduct data for the 2020 census in the most accurate manner possible. 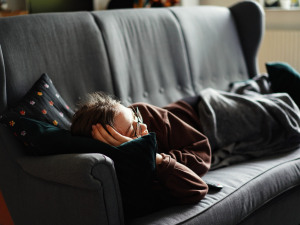