Dawn Porter's documentary John Lewis: Good Trouble debuted on VOD and in theaters (it played at the Broad in July and then at the Prytania through August 6) shortly before the legendary civil rights activist and Congressman's death on July 17 (at the age of 80). It's a mostly stirring portrait of an important figure in American history.

Lewis was one of the Freedom Riders, who peacefully worked to integrate Southern cities, even though they were often beaten, jailed, and sometimes murdered for their efforts. He also worked to ensure fair voting rights for African Americans in the South. In 1980, Lewis became a member of the U.S. House of Representatives for Georgia's 5th Congressional District.

The film's at its most compelling when it shows footage from the 1960s protests and interviews Lewis (and others) who were there. It also does a good job of making Lewis seem like a three-dimensional human being and not a mythical saint (a section of the film covers an ugly Congressional race between Lewis and his former friend and fellow Freedom Rider Julian Bond). It's at its least compelling when it trots out a succession of modern-era politicians to tell us how important Lewis was to them. Those scenes are unnecessary because the movie lets viewers see how important and influential Lewis was.

But overall, John Lewis: Good Trouble is an effective history lesson for those wishing to learn more about Lewis and a thoughtful portrait of the man himself.

Originally supposed to be released on April 13, 2018, the long-delayed superhero/horror mashup The New Mutants finally received a theatrical release as one of the first new movies to play in theaters since March. Sadly, it's mostly a... 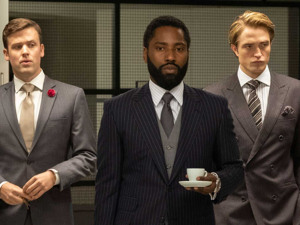 Writer/director Christopher Nolan has long been one of the staunchest advocates of the in-person theatrical experience. So it's fitting that the first blockbuster to open in theaters since the start of the COVID-19 pandemic is Nolan's time-traveling spy adventure Tenet. John David Washington (BlacKkKlansman) plays a nameless spy recruited to stop a Russian oligarch... 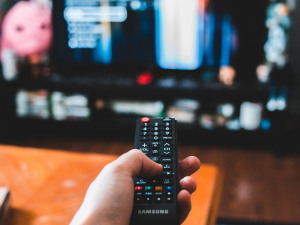 September usually means the beginning of the fall, pumpkin spice lattes, and your favorite networks starting to premiere your go-to fall favorite movies and TV shows. Netflix and Hulu not filling your television needs as they did back in April? No worries, because Amazon Prime has got you covered. They've got all your favorite shows and movies to get you in the spirit of fall...