Late last month, blues-rock artist Travis McCready performed in front of a live audience in Arkansas. The New York Times heralded the event as the first live show to happen in months. Around 200 energetic fans didn't so much as crowd as finesse their way into an art deco theater in Fort Smith, AR.

Everyone wore PPE and had their temperature taken before entering the show. Concert-goers didn't sit six feet apart from each other altogether but in clusters with friends, family, or empty chairs—six feet apart from the nearest other group of people. The groups, called "fan pods," took up a uniform number of six seats each. Individuals coming alone had to spend six times as much to purchase an entire pod. The event must have resembled a partially full middle-school cafeteria with all the attendees separated into their little cliques.

The theater maxed out at 20 percent capacity or so, around the same occupancy that many dine-in restaurants have been allowed during these past few tentative weeks of economic reopening. The concert in Arkansas, reportedly the first of its kind, provides a tentative model of what the future of concerts could have in store.

For New Orleanians, Phase One of the city's economic plan, which is still ongoing, does not include music venues or live concert halls. Phase Two will make stipulations for them, but it isn't yet clear how—or when, for that matter.

In the meantime, the live entertainment industry has had to get creative just to remain relevant. USA Today reported a crowdless concert in the home of the Boston Red Sox, Fenway Park, in May. In what might have been a first-of-its-kind show, the "Celtic punk" band Dropkick Murphys and Bruce "The Boss" Springsteen performed.

Dropkick Murphys streamed from inside the park itself. Springsteen joined the stream from a separate, remote location. The 38,000-person-occupancy behemoth park sat empty, while an artist set up stage on its iconic field.

The concert exemplifies the challenges and limitations of an industry trying to stay alive during this era of social distancing. On the one hand, live content creators have to think outside the box in order to keep delivering the goods to their clientele, even when doing so seems next to impossible. On the other hand, a pandemic appears to be almost inherently suited to undermining the entertainment industry, which thrives on the recent archaism of perspiring masses of people in one place.

Venues can still hold concerts and livestream them, but will people pay to see a show in digital copy? The "Straight Outta Fenway" (as it was called) stream was free, a charity drive for various American and Boston-specific nonprofits. People might very well continue to fork out dough for a good cause, maybe even especially now, with the economy in a downturn and many facing a lean-looking future. But the live entertainment industry is, well, an industry, meaning it's for-profit. It cannot be sustained on good will or sympathy alone.

Even the Arkansas show, which appeared to be a glimmer of hope, is only so promising. Music venues already raked in slim margins before commerce fled online. Now, caught between the rock of operating costs and the hard place of dwindling crowd sizes, it's difficult to imagine where they'll go from here. It isn't at all obvious that proceeds from concerts at 20 percent of their former glory are going to cut it.

In New Orleans, once again, we don't even know when the city's going to allow as little as that. Live entertainment is considered "medium-risk business" and, thus, subject to Phase Two under the city's recovery protocol.

Venues like the House of Blues New Orleans are still posting Facebook livestreams of DJs performing in their establishment with Venmo codes for a tip jar, as if we were still in April or March. Meanwhile, smaller-scale restaurant and live-entertainment hybrids are getting back to business, albeit at a limited rate. Dmac's Bar & Grill in Mid-City posted a video of customers enjoying live music in-person, as soon as Phase One went into place on June 1.

At this late date, the continued interdiction of live entertainment seems almost redundant, given some of the other things allowed under Phase One. The rules to keep people safe, while not quite arbitrary, were composed on an ad-hoc basis and in a hurry, by necessity. As the quarantine gets closer to a quarter-of-a-year marker here in June, the end could be in sight. But we wouldn't even know it because the future looks so uncertain.

House of Blues New Orleans and Dmac's Bar & Grill could not be reached for comment. 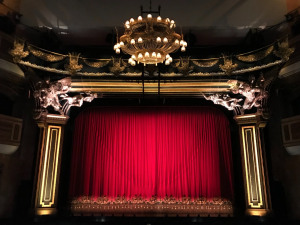 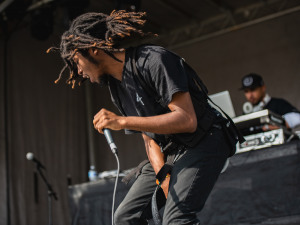